The 1965 Chevrolet Malibu SS Z16 is in a category all its own among the great muscle cars of all time. Back when Pontiac was first grooming their GTO 389 Tripower and Ford was salivating over the potential of the Shelby GT350 experiment, Chevrolet was quietly rolling out a big block Chevelle that would make time stand still.

This week, Cars On Line.com is featuring a black 1965 Chevrolet Malibu SS Z16 in its newsletter. The broker handling the sale is Show Your Auto.com based in Illinois. They say this car comes from a collection in Cost Mesa, California. They list it as being in a “trailered show car” category. They rate it as being in 90 to 96 percent of original showroom condition.   “This car includes its numbers matching engine and transmission,” Show Your Auto.com tells us. ” … and has received a recent full restoration to factory specifications, driven only 28 miles since completion.” They say it was originally a red car with red interior. During the restoration the exterior color was changed to black.

What made the Z16 Chevelle famoius was its 396 ci Mark IV “porcupine” big block engine which used big rectangular port heads, a Holley 4-barrel on an aluminum intake, big valves, and a highlift “solid lifter” hydraulic cam with 11.0:1 compression.  It was called the L37.  The engine was based on the L78 396/425 hp big block which was to be featured in the 1965 Corvette. Chevrolet used the same engine, only they “underated it” by calling it 375 horsepower in deference to the Corvette’s status as Chevrolet’s top performance car. But make no mistake, the “375 horsepower” Z16 was an illusion meant to pacify the insurance industry. Chevrolet built this muscle car hybrid on a sturdier platform, adding stronger front suspension components, front and rear anti-roll bars, larger brakes and quicker power-assisted steering.

This one, like all Z16 Chevelles, is equipped with a Muncie M-20 4-speed manual transmission and well-optioned with bucket seats and a console. It has a 160 mph speedometer and 6,000 rpm tach, and a padded dash. They came loaded with the best of components including the biggest brakes available in a Chevrolet that year.

Chevrolet produced 2,157 Corvettes and 1,838 full-sized Chevys were built with the L78 engine that year. But only 201 Chevelle Z16’s were recorded sold. That qualifies for the label “rare.”  They say only 72 of the Z16’s have survived.  The Z16 was actually never advertised that year and did not appear on the dealer order form. Only the true Bowtie afficianadoes were kept in the loop, most of them sold to celebrities. For the very few who were able to get their hands on one of these mid-sized big blocks it was well worth their effort. And for the fortunate few, the Z16 was priced to undercut Pontiac’s GTO. You could buy one for $4,586. They all came similarly equipped.

You can tell right away when you see a Z16 that it is different from the standard ’65 Chevelle Malibu SS.  The black trim was unique, and those tail lights are from a 300 Series Chevelle. The Z16 was available in only three colors, red, black and yellow.  The Z16 was built on the frame of a reinforced convertible coupe even though it was only available in a hardtop. The brakes and suspension came from the bigger Chevrolet Impala.

This 1965 Chevrolet Malibu SS Z16 is said to be in “near factory condition.” Show Your Auto.com says there is some wear both on the exterior and interior. They say it comes with VIN verification and documentation. 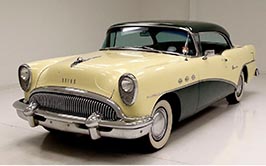