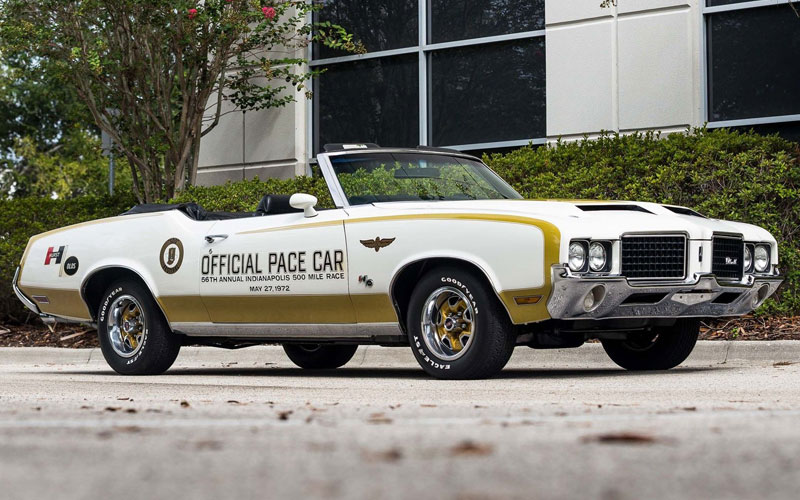 At the 1972 Indianapolis 500 race something incredible happened that created a buzz in the racing world. Today we still remember it like it was just yesterday. A model named Linda Vaughn stood on a platform off the back of the 1972 Hurst/Olds Indy Pace Car hugging a giant replica of a Hurst shifter for a lap around the race track at Indianapolis. The Hurst promotion was so memorable that Linda Vaughn has become a legend in the collector car community. Her status as First Lady of the Motorsports is well established. (Follow this link to view old footage of Linda Vaughn and the 1972 Hurst Oldsmobile Indy Pace Car from the GM Heritage Center.)

Not only was Linda unforgettable, but the 1972 Hurst Oldsmobile Indy Pace Car Convertible shares in the legendary importance of that day. Automobile manufacturers were worried about liability issues after the crash of the 1971 Indy Pace Car entering the pit area. So Hurst Performance Products grabbed the opportunity to promote their business with an aftermarket version of a 1972 Oldsmobile 442 W-30 Convertible. It was the first time the Indy 500 was not paced by an American automobile manufacturer. They added the Hurst colors and a Hurst performance package, and the rest is history.

The gold and white Hurst colors and Linda Vaughn became synonymous with the muscle car era.
Beyond the colorful exterior, a functional W-25 Ram Air hood, Turbo Hydra-Matic 400 transmission with Hurst dual-gate shifter and pace car badging, make this Hurst/Olds Indy Pace Car stand out. It was powered by a 455 big block, detuned from previous years to meet new emissions standards and to use the new unleaded gas. Yet the engine still made 300 horsepower at 4700 rpm. It featured a Rallye suspension, white lettered Goodyear G60X14 Polysteel tires and Super Stock III wheels. It was equipped with disc brakes up front.

Oldsmobille issued about 130 replicas of the actual Pace Car to sell at Oldsmobile dealers that year. The one you see here is being offered for sale this week at Orlando Classic Cars in Orlando, Florida. The listing is so fresh they do not yet have the actual description written for the ad.

Everything about the 1972 Hurst/Olds Indy Pace Car is rare and unique in automotive history. Oldsmobile discontinued making a convertible model for the Cutlass at the end of the 1972 model year.  But the Linda Vaughn connection is what makes this car so incredibly valuable. 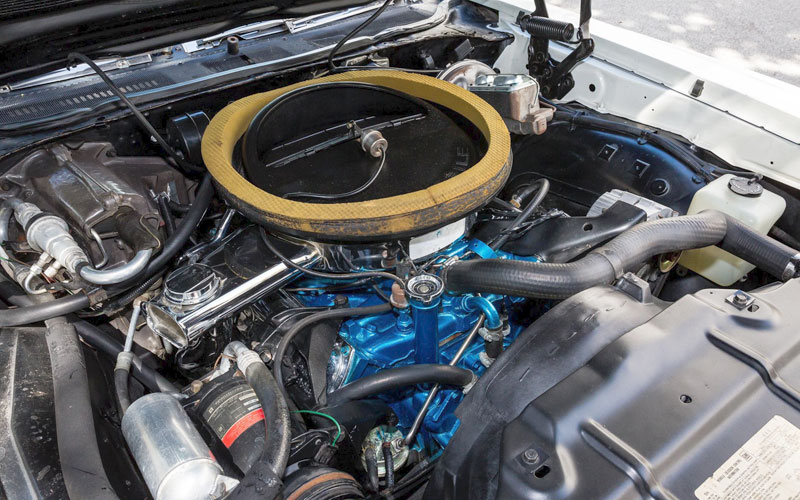