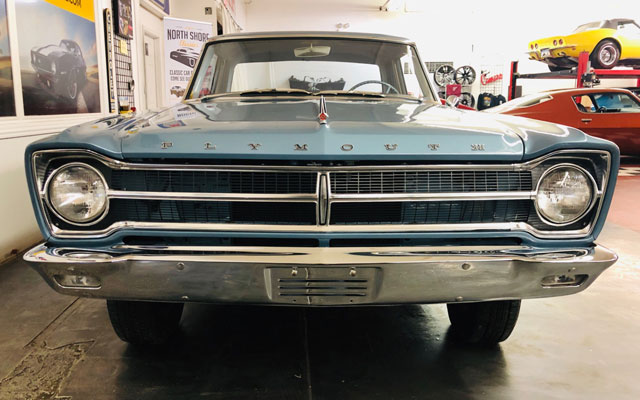 They say every car tells a story. This 1965 Plymouth Belvedere I Hemi 426 Commando hails from a time when street and strip cars were the everyday drivers of a bygone era. It is a factory Hemi R151 car that is thought to have just 18,122 original miles. (Probably got those miles a quarter mile at a time.) As a factory Street Wedge car, it came with a 426 ci Commando wedge engine and a 4-speed manual transmission.

We were excited when we saw North Shore Classics, a classic car dealer from Mundelein, Illinois, list this Mopar for sale this week. What is amazing about this one is that it still has so much of its original documentation. (Check out the photo documentation on the ad page here.) The 1965 Plymouth Belvedere I Hemi 426 Commando is described in detail on the ad page. NSC says they have the original dealer invoice, original window sticker, original Certicard, original owners manual and the cowl tag.

“You will not find another one like this, ” they tell us in their ad description. “This is a vintage street or strip racer that is in the wrapper new! All of the floors and body panels are original. There has never been any rust or damage repair on this car.”

They say this B-body Belvedere came from the factory with a Sure Grip rear end with 4.10 gears, power brakes, and radio and heater delete. The factory 4.10 gear ratio tag is still intact in the rear axle housing. The rear wheel wells have been widened to accept a larger size rear tire. This was common on the drag racing scene back in the day.

North Shore Classics has done a nice video so you can hear this car run. Click the video window below:

The 426 ci Commando Hemi engine was available in street version cars sold to the public in 1965. It has a 10.25:1 compression ratio, milder valve timing, different intake and exhaust manifolds and it had cast iron heads instead of the aluminum ones on the RO51 Super Commando 426 ci Hemi cars. 1964-65 were the only years the 426 ci Commando was produced. They had the wedge combustion chamber design which was different from the 426 Street Hemi which first came out in 1966.  It was not until 1966 that you could just walk into a Plymouth dealership and order a Hemi car off the showroom floor.

The front and rear frame rails have been tied together. North Shore Classics tells us the work is done so nicely that they believe it was done that way at the factory. Other details and mods tell a story of good time racing fun. Like we said, the car really tells a story. What a great piece of car culture history in a rare factory Mopar.

The 1965 Belvedere I Hemi cars are so rare because it was a one-off year where NASCAR had officially banned the 426 Hemi from competition, so the only place you would see them is at the drag strip. For a Mopar collector, 1965 is the year to collect. It was not generally made known to the public that you could order a 426 Street Wedge car in those days. They were rated at 365 hp. They could blow the doors off of a GTO at the time. 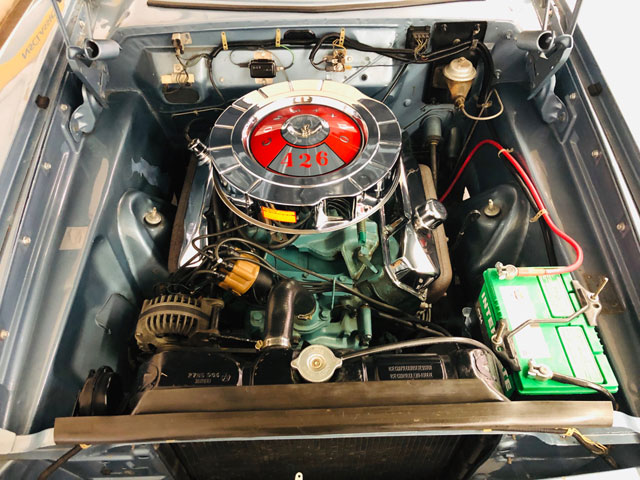 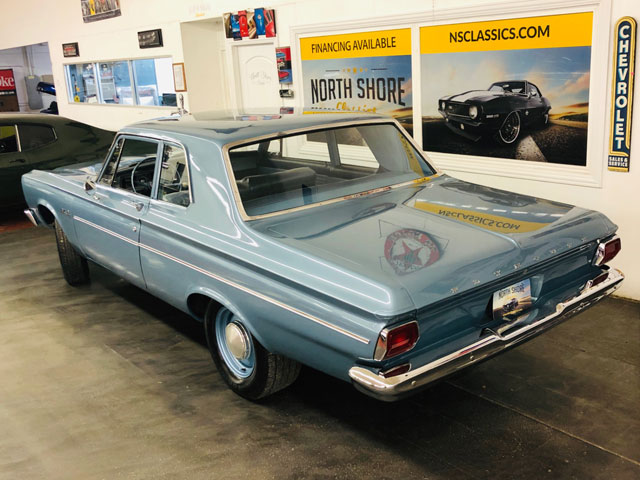 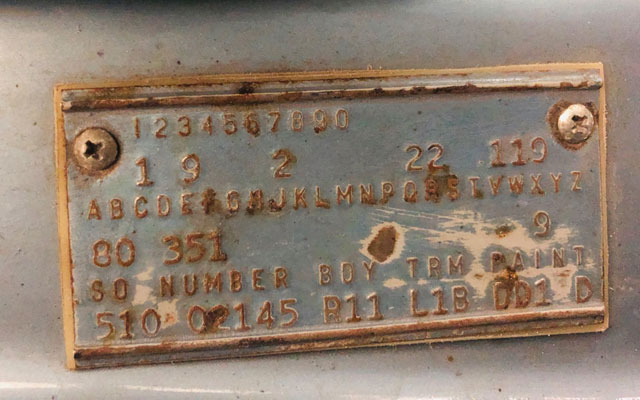 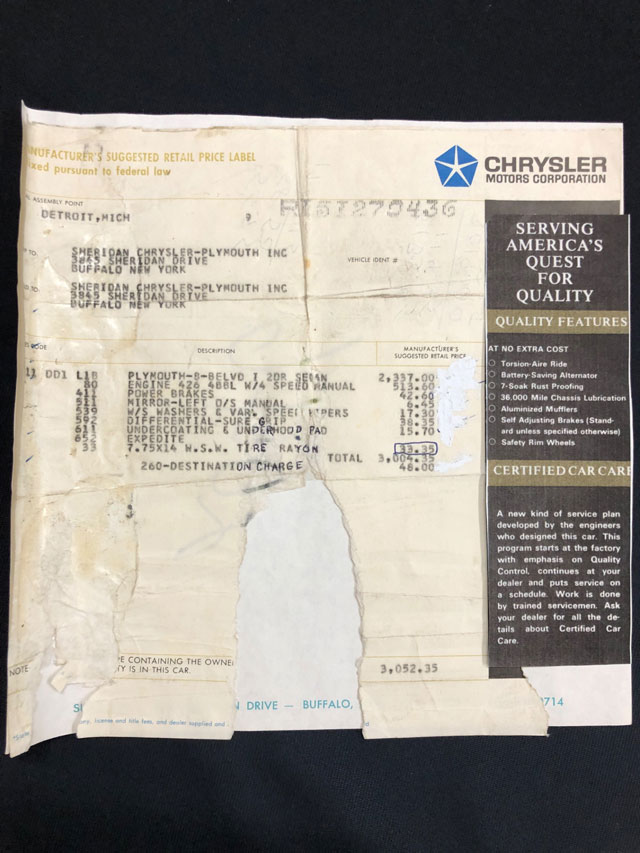 One Response to 1965 Plymouth Belvedere I Hemi 426 Commando