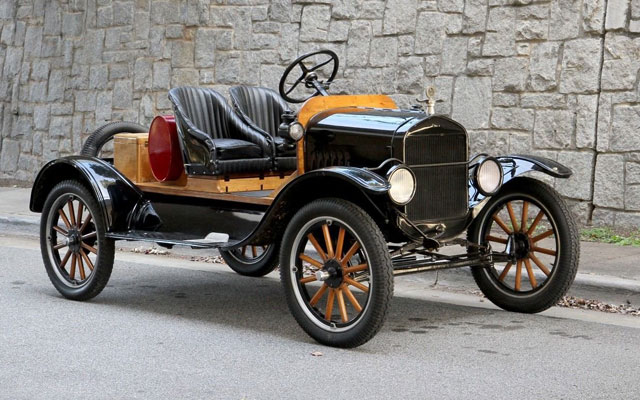 While Ford never actually produced a Speedster from the factory, the Model T was so infinitely versatile that it could be easily modified. A Speedster kit was available to order through the Sears & Roebuck catalog. Many of the Speedsters you see were just custom built as “early hot rods.” Here is a 1924 Ford Model T Speedster being offered for sale by Motorcar Studio in Atlanta, Georgia. (You can see dozens of detailed photos at this link.)

They put together an interesting walk-around video. In the video they start it up and “with a sputter and a prayer” like a Model T should. Click here to view the video. It will be our DEAL of the DAY on Sunday. You can own this piece of history for just $14,900.

The selection of collector cars for sale “on the cheap” has never been better than this week’s published list of Deals of the Day. We have seen some great low prices on some very important collector cars and trucks recently. Every week, Cars-On-Line.com details the top bargain priced cars in their Deal of the Day preview. That’s where they give you first shot to buy all the cars that will be profiled in the Deal of the Day feature on the desktop version of the Cars-On-Line home page. Often these cars sell in the newsletter before they even make it to the home page. For a preview of all the coming week’s Deals of the Day follow this link to the Cars-On-Line newsletter.