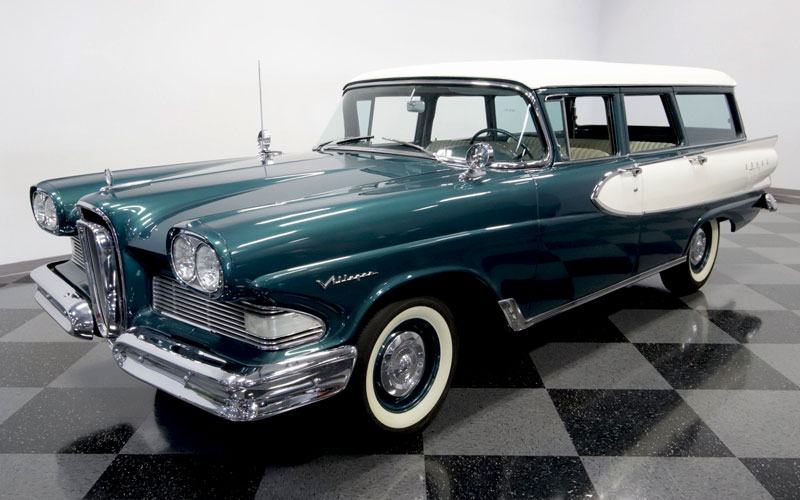 One of the most unique station wagons of the classic 1950’s was the Edsel Villager Wagon. Produced from 1958 through 1960, it was a four-door wagon considered to be a base level model, behind the 2-door Roundup and the premium level Bermuda. It was the most popuar of the Edsel station wagons, and sold better than the other two combined.

Classic station wagons are a hot trend in the collector car market these days. They were the family transportation that every baby boomer remembers. They were perfect for vacations and camping trips. As station wagons came into their own, the old sedan deliveries became extinct. The versatile station wagon became the utility vehicle of the modern era.

So few of these Edsel Villager wagons have survived that it was of some interest when Streetside Classics in Phoenix, Arizona listed this one for sale this week. It is factory correct in its Spruce Green repaint with white accents. The two-tone exhibits intricate work as the creamy white draws extra attention to the distinct and sweeping side trim. In fact, all the major brightwork on the wagon is complete. (You will find dozens of detailed photos at the Streetside Classics ad page online.)

Two things that collectors will remember about the Villager wagons are the Teletouch push button automatic transmission located on the steering wheel hub, and the strange boomerange shaped taillights. From behind the blinkers looked like arrows pointing in the opposite direction the car was turning (very confusing.) See the photos on the ad page. Both were discontinued in 1959. Another interesting innovation was the barrel speedometer. Instead of a needle moving back and forth along the numbers like most speedometers, the barrel speedometer featured a revolving drum around which the numbers floated to the needle denoting the speed in miles per hour. The speedometer would glow when the preset speed was exceeded. Brakes were self-adjusting for safety and reduced brake wear. 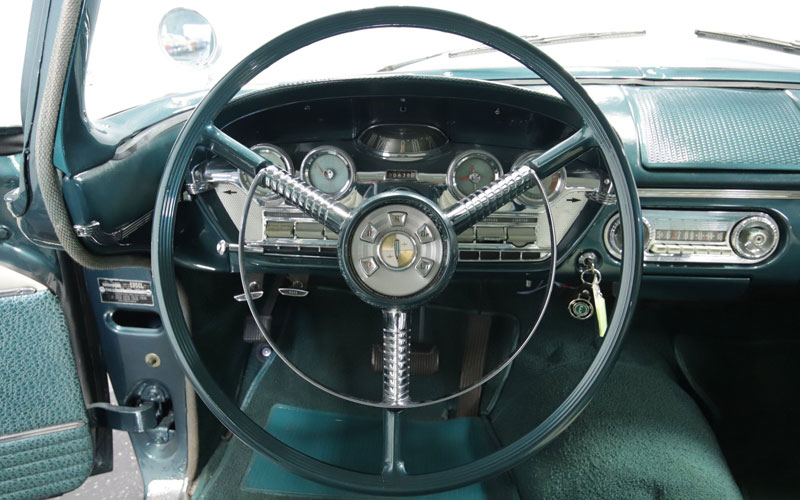 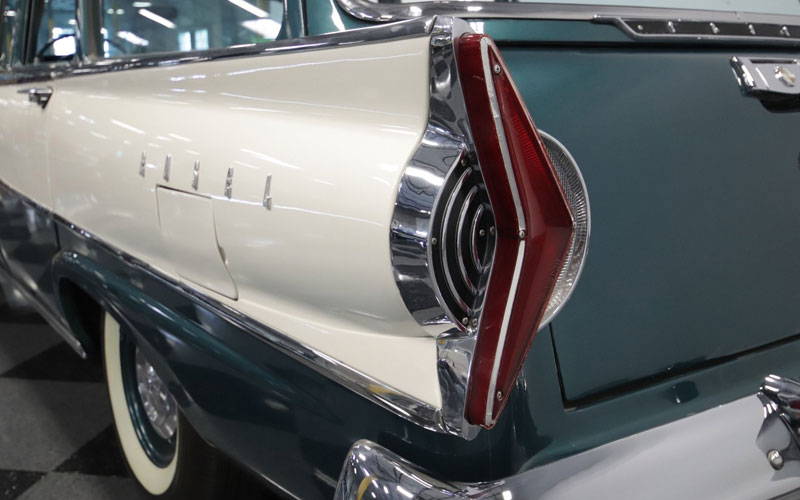 Every Villager Station Wagon came standard with ashtrays, cigar lighter, rubber floor mats, chromed rear-view mirror, crank-operated rear windows, a two-piece tailgate, and arm rests. Among the more uncommon innovations, the Edsel hood hinged in the front. The front seats were split 60/40. And dealers loved the idea that an Edsel came with 78 options possible, allowing them up to a 32 percent markup. The original base price on a Villager 6-passenger wagon was $2,933.

This 1958 Edsel Villager came with the 361 ci V8 engine and a three-speed automatic transmission.
The most distinquishing feature of the Villager wagon was the Edsel “horse collar” front grille and ensemble. The Edsel front fascia in 1958 was the most unique look in station wagons for that year. 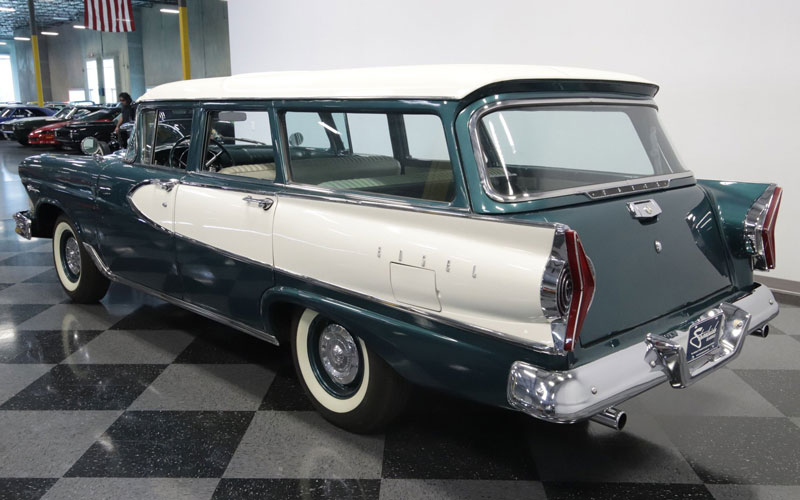