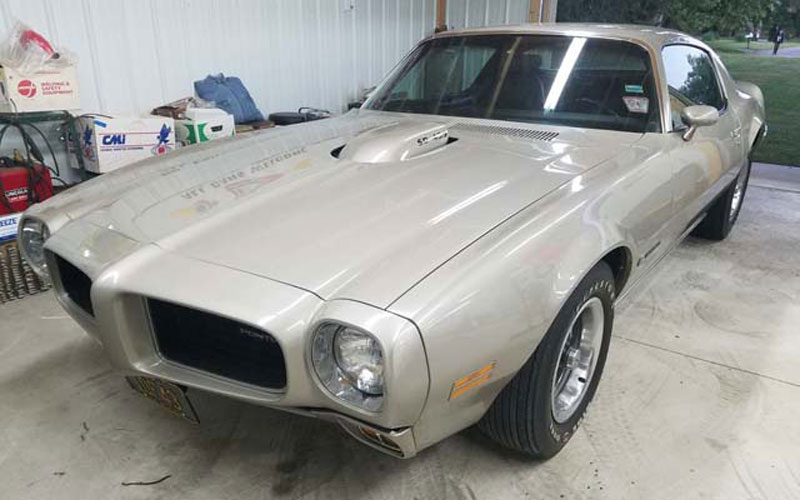 A Tulsa, Oklahoma collector tells us he has a No. 1 condition 1973 Pontiac Firebird Formula Super Duty 455, a very rare car that many have never even seen before. As the rest of automotive manufacturers were winding down muscle car production, Pontiac produced a Super Duty 455 Trans Am in 1973 and 1974. Most of the SD-455’s were ordered in Trans Ams, but a few orders were filled for SD-455’s in Firebird Formula models.

History tells us that about 1,296 SD-455 cars were produced by Pontiac in 1973-74. Yet, only 43 of those were Firebird Formulas. Even in an era with emissions control standards being set by the EPA, Pontiac engineers found a way to produce 290 horsepower. These are thought of as being the last of the true American muscle cars.

The Oklahoma collector who owns this 1973 Pontiac Firebird Formula Super Duty 455 tells us it is all original, never been restored and still has only 87,000 miles. He says it is numbers matching with the original automatic transmission. The car has been featured in two restoration books and on the cover of Joe Moore’s Restoration Guide Book (see pictures on the ad page). In a phone interview with the current owner, he told us that it comes with PHS paperwork, owner history and the original window sticker.  The 1973 SD Formula is the most expensive non-Trans Am Firebird model ever made. The seller also notes that No. 1 condition cars are valued at $150,000 by Hagerty and other price guides.

What makes this car very interesting to collectors is the rare color.  It is one of only nine such Formula SD-455’s ever produced in the Ascot Silver color.  The beautiful finish was only offered in 1973 and 1974. (Although it seems no one has ever actually seen a 1974 SD-455 in Ascot Silver.)

The owner says he knew of the car in his early youth. It was owned by Don Bennett, a well known Pontiac collector from Missouri. Bennett, he says, was a friend of his family. “I knew the car ever since I was a kid. I’ve always wanted to own it. When Mr. Bennett passed away, his cars were put up for sale. I jumped at the chance to buy his Formula SD-455.” Now that he and his wife would like to build a house, he says he must part with this great muscle car. So it is now being advertised for sale in the Cars-On-Line.com Firebird Section.

“The bank told me it is as close to a Number 1 condition car as it gets for an all-original car that has not been restored.”

History of the Firebird Formula SD-455

This was a freshly designed performance power plant totally different from the Pontiac 455 ci that you would find in the HO Trans Am series. The SD-455 had a reinforeed 4-bolt main with dry-sump oiling technology, forged steel connecting rods with larger bolts, forged pistons, 80 psi oiling system and high flowing round port heads. It had a reinforced camshaft with an oversized distributor gear, larger capacity intake manifold and higher capacity Quadrajet carburetor. The exhaust sound is noticeable because of the larger diameter 2.5 inch dual exhaust system. Compression was low at 8.4:1, but the low-restriction intake was perfect for the new oval-port heads.

The shaker hood scoop could be made functional by popping out the metal block-off plate that was used to help the car pass noise regulations. Doing so chopped two tenths off the quarter-mile and added 3 mph to the trap speed, Car & Driver reported. When you did that you could actually hear the difference as the intake kicked in.

Because only 43 F-body Firebird Formulas were ever outfitted with the SD-455 from the factory, we don’t have actual reports on how fast these cars really were. However, Car & Driver magazine did do test drives on the Trans Am Super Duty 455’s in 1973. They recorded a SD-455 Trans Am doing the quarter-mile in 13.75 seconds @ 103.56 miles per hour and went from zero to 60 mph in 5.4 seconds.  Hot Rod magazine tested the same car at 13.54 seconds at 104 mph. In 1973, no other American made car was close to those numbers. However, there is a story out there that Herb Adams prepped this engine with a Ram Air IV cam which was never used in the factory production SD-455.

Of the 43 Formulas produced, 33 were automatics and ten were 4-speeds.

The high performance image of the Trans Ams and Firebirds was so popular among young buyers that it won Pontiac the performance car market for over a decade. The Super Duty 455 was the top power plant in America and became collectible right out of the chute. 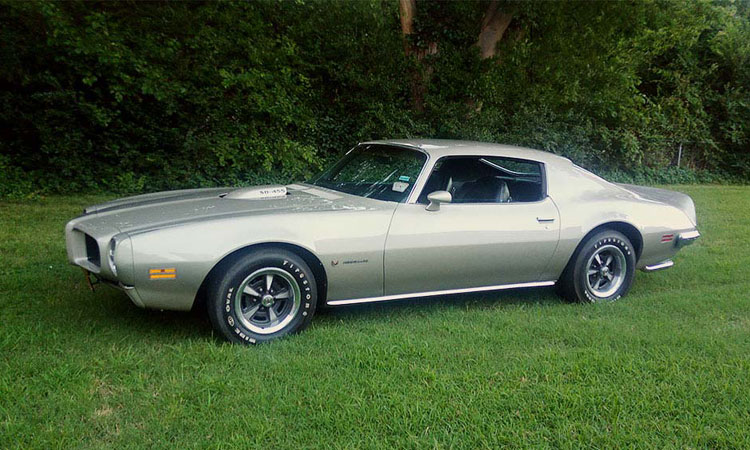