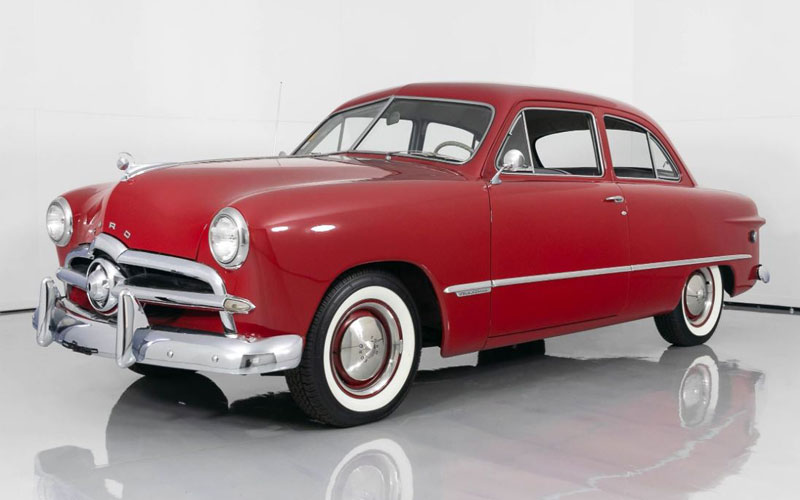 A 1949 Ford Tudor original classic car was chosen as the Deal of the Day on the internet for early next week. Each week, Cars-On-Line.com announces its choices for Deals of the Day for the coming week. This classic Ford is being sold at a discount to the average market value on 1949 Fords.

Fast Lane Classic Cars in St Charles, Missouri just listed a sweet 1949 Ford Tudor which they say has never left the St Louis area. (Tap this link to view dozens of detailed photos and read its history.) It comes with its 239 ci Flathead V8 with a 3-speed manual transmission on the column. It now has newer front and rear bumpers and bumper guards, comes with turn signals and has an under dash “Magic Air” heater. They say the interior has been re-upholstered, and it still has a 6-volt electrical system. Note the Ford hubcaps with trim rings. It comes with Coker Classic wide white wall tires which are actually radials. Nice ride. It will be a Deal of the Day next week because they have it listed at $15,995.

The Deal of the Day preview gives you first shot at all the cars that will be highlighted in the Deal of the Day feature on the Cars On Line home page. Often these cars sell in the newsletter before they even make it to the home page! You’ll always see them here first though. Follow this link to view all of this week’s Deals of the Day in the Cars-On-Line.com newsletter.