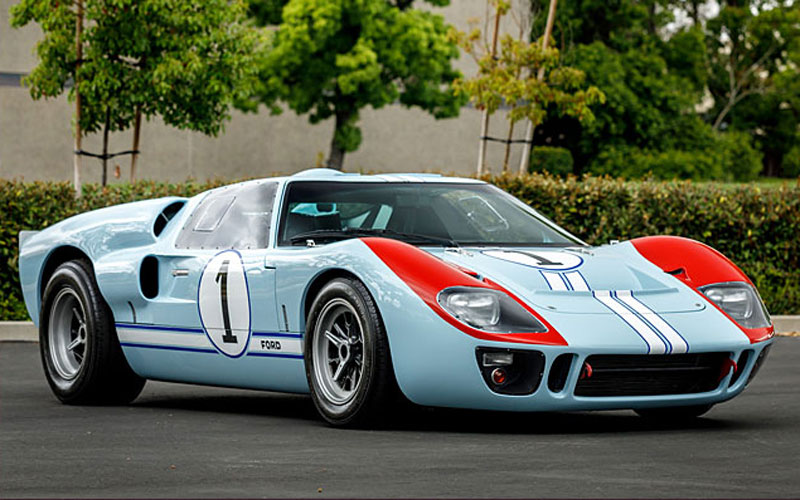 The Ford v Ferrari GT-40 from the new movie is up for sale in the Celebrity Car Section of the Cars-On-Line.com website.

This rarely happens. The Ford v Ferrari GT-40 was just posted for sale by Classic Car Marketing, a collector car broker from Southern California. It is the 1966 Ford GT-40 replica, currently being advertised in the Cars-On-Line.com Celebrity Car Section online. One of just two made for the new Hollywood movie, it represents the GT-40 which Ken Miles drove for Ford in their dominant victory over Ferrari in the 1966 24 Hours of Lemans championship. This is the one they used for the close-up shots and was often seen at celebrity appearances to promote the movie. The movie just premiered on November 15,2019. But this hero car is already being offered for sale by a client of Classic Car Marketing.

Classic Car Marketing will be representing this collector piece when it crosses the block prime time Saturday, January 11, 2020 at the Mecum Auction in Kissimmee, Florida. They wanted Cars-On-Line.com to get the word out so that potential buyers might be aware of this very interesting sale. The Mecum Auction will be televised on that Saturday. So our readers will have a chance to watch and bid as history is being made.

The GT-40 replica was done in this famous No. 1 livery for use in the James Mangold’s new film Ford v Ferrari. It was the Ken Miles hero car driven by actor Christian Bale during filming. The GT-40 was built at Rich MacDonald’s Superformance facility in California. Unlike other movie cars, MacDonald’s build included incredible attention to detail for the close-up shots in the movie. The car is not all hacked up as many movie cars are.

Ford v Ferrari brilliantly captures the spirit of the story of how Carroll Shelby and Ken Miles worked together to beat the Ferraris at the 1966 24 Hours of Daytona, the world’s most grueling and coveted championship Grand Prix race. Matt Damon (as Carroll Shelby) and Christian Bale (as Ken Miles) bring the story to life and add to the provenance of this Ford GT-40 which is the real star of the film. It is featured in a racing sequence which lasts for over an hour in the two-hour and 32 minute feature film.

Powered by a specially prepared Roush 427R V8 built to 511 cubes, this celebrity car cranks out 600 horsepower thanks in no small part to a K&N Inglese-style injection system and a jaw-droppingly gorgeous rear-exit “bundle of snakes” exhaust. It transfers all that power through a Quaife RBT/ZF-style 5-speed manual transaxle.

The body includes a pressed steel roof and a unibody constructed of electro-galvanized steel. It is then painted in the Gulf Blue iconic finish. It has independent suspension front and rear, with unequal A-arms up front, Bilstein shocks with H&R springs on all four, and trailing arms out back. It features vented disc brakes with Wilwood calipers. Note the Shelby American Halibrand-style wheels with knock-off hubs.

The car is also signed by Charlie Agapiou, the 1966 crew chief for Ken Miles and Ken Miles’ son, Peter. This hero car has seen plenty of screen time beyond the movie and its trailers, appearing on ESPN and CBS Sunday Morning TV shows as well as at various red carpet events alongside the stars of the film. 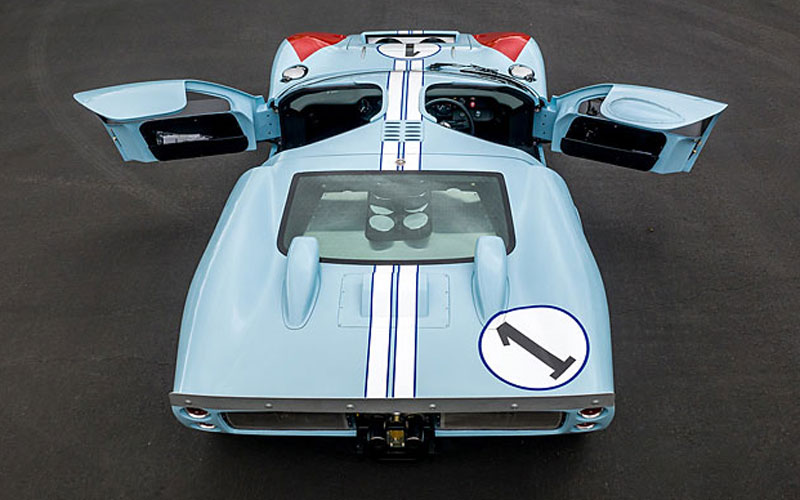 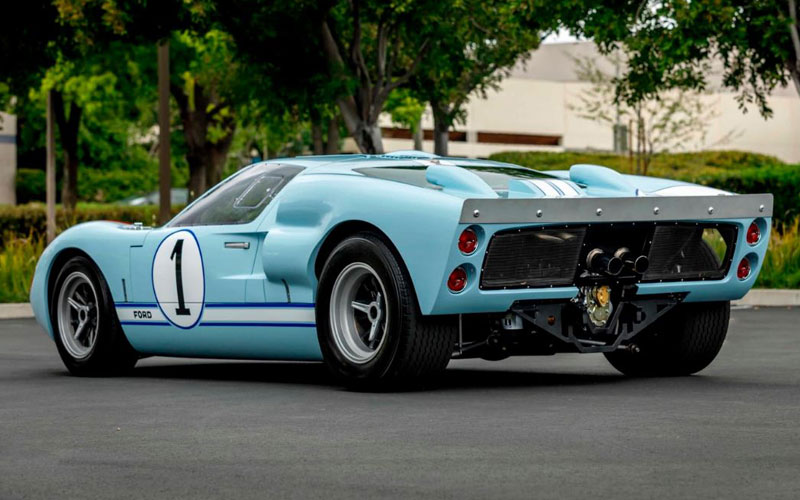 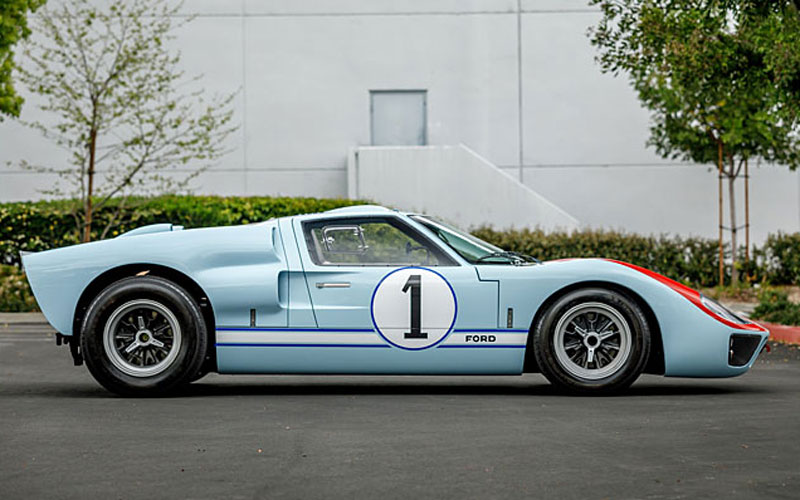