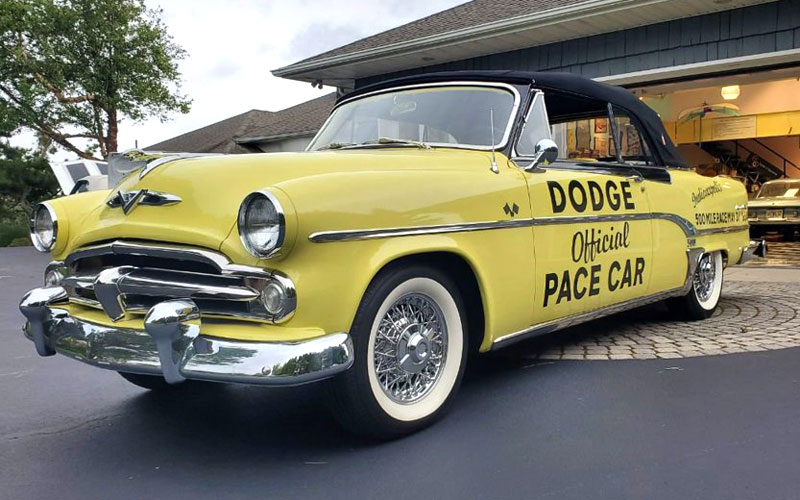 When Chrysler designed the 1954 Dodge Royal Indy Pace Car Convertible it was the first time Dodge had ever been chosen to pace the Indianapolis 500, America’s greatest racing spectacle. They had pulled out all the stops to promote Dodge that year. First, they set a total of 196 land speed records at the Bonneville Salt Flats. Then Dodge brought home a perfect score in the Mobilgas Economy Run. They billed it as the “Greatest Dodge in 40 Years.” Dodge was even the sponsor for the memorable Danny Thomas TV show “Make Room For Daddy.” But they topped it off by pacing the 38th Annual Indianapolis 500. With all the major radio networks carrying the race, the notoriety of having a Dodge pacing the Indy 500 race was a marketing coup for Chrysler.

This week, We Be Autos.com, an internet broker, is offering this 1954 Dodge Royal Indy Pace Car Convertible for sale in beautiful condition. (Tap this link to review dozens of high resolution photos in their ad.) The 1954 Pace Car edition was finished in a special color, Pace Car yellow with Jewell black trim and a black convertible top. The beautiful two-door Dodge Royal was equipped with a Continental kit and Kelsey-Hayes wire wheels made specially for this car.

To commemorate Dodge’s first time pacing the Indy 500, the factory built 701 dealer replicas all with the same eye-catching yellow and black pace car design to be purchased by the general public through Dodge dealers nationwide. All of the Pace Car editions sold by Dodge dealers had the exact same appearance as the actual pace car. The dealer-installed high performance 4-barrel intake was included.

It was the first year Dodge offered power steering coupled with power brakes. You will note that the new black top on this car has the Indy 500 embroidery. It even has the tissue dispenser, a noted luxury item for that time. The seller told us it was about the only option on the car because everything came standard on this special Royal. He also told us it comes with two boots, one to match the exterior and one to match the beautiful interior.

Mike Runnalls of We Be Autos.com has produced a very interesting walk-around video for our readers. During the video he interviews the current owner. Click the video window to hear the car run and listen to the interview. 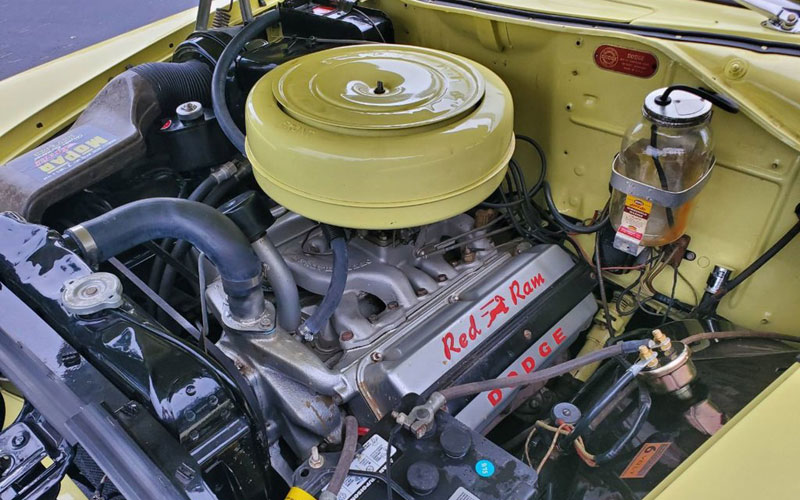 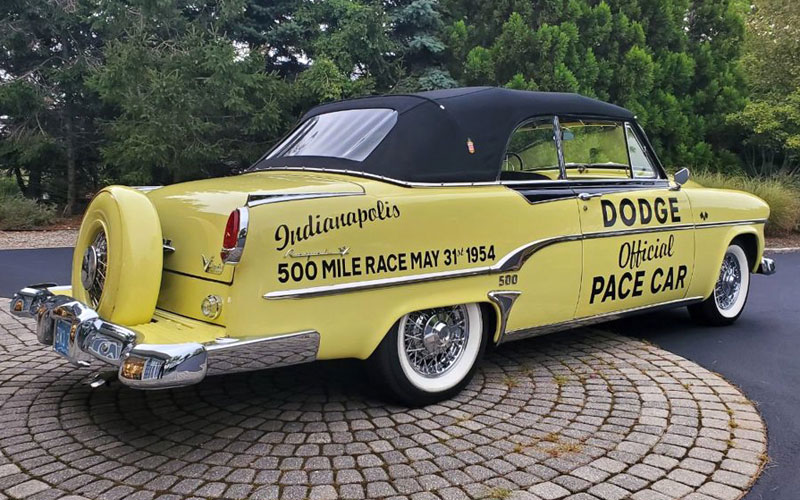