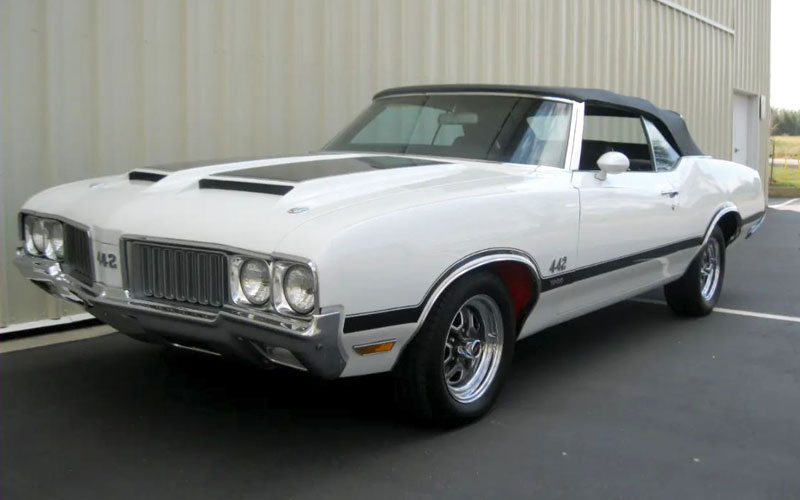 Where does a 1970 Oldsmobile 442 W-30 Convertible rank in the echelon of classic General Motors  muscle cars? Right at the top of the muscle car food chain along with the 1970 Pontiac GTO Judge Ram Air IV, the 1970 Chevelle SS LS6 454 Convertible and the 1970 Buick Gran Sport Stage 1 Convertible. That’s pretty heavy company. But the W-30 Oldsmobile 442 just may have been the best one of all.

Joe Mondello, known as “Dr. Oldsmobile”, said the Oldsmobile engines of the era were the most powerful of the GM power plants. At a 10.5:1 compression ratio, the highest ever in an Oldsmobile 455 Rocket  V8 motor, the 500 pound-feet of torque it could produce at 3,600 rpm would melt the rubber off your tires just standing there. It was described as “The pinnacle of performance for Oldsmobile.”

When a white 1970 Oldsmobile 442 W-30 Convertible was listed for sale this week in the popular Cars-On-Line.com Oldsmobile Muscle Car Section online, it was important to show it to you here. This coveted muscle car is being offered for sale by a private collector from Groveland, California. (Click here to  view the ad on Cars-On-Line today.) He reminds us that it is a rare California car that has undergone a professionally performed frame-off restoration.

The W-30 package included the Ram Air fiberglass hood, aluminum intake, red front inner fenders, power front disc brakes, and a balanced/blueprinted 455 engine. For 1967 through 1971, the W-30’s have red inner fender wells, the most visible sign that what you are looking at is a very special Oldsmobile. The aluminum intake manifold will say “Oldsmobile”, correct heads and a posi tag should be present, disc brakes up front,  OAI hood and air cleaner, Rallye Pac came standard and either a WOG transmission, or a specially calibrated TH-400 automatic with code “OW.”  This one has the OW.  The carburetor and distributor had specific numbering. With the W-30 package, the 455 rates an additional five horsepower.

Experts say the Oldsmobile Rocket V8 455 W-30 motor had an edge on all the other GM power plants. While the 370 horsepower rating was kind of average for big block cars of that era, what is really salient about this car was the 500-foot-pounds of torque. This powerful 455 in the W-30 was unmatched by any other GM car in history. And you knew it when you laid into it. The long stroke of the W-30 455 brings it to peak power immediately. As the W-30 package in essence was a “factory hot rod” setup, it cost an extra $719 on top of the base price of $3,341 for the 442 convertible.

All 442 Oldsmobiles were known for wonderful performance and perfect handling. Considered more upscale than the Chevelle and the GTO, the 442 had creature comforts for the young executive types.

For a muscle car collector there are few cars as fun to own today as this Oldsmobile 442 W-30 Convertible. 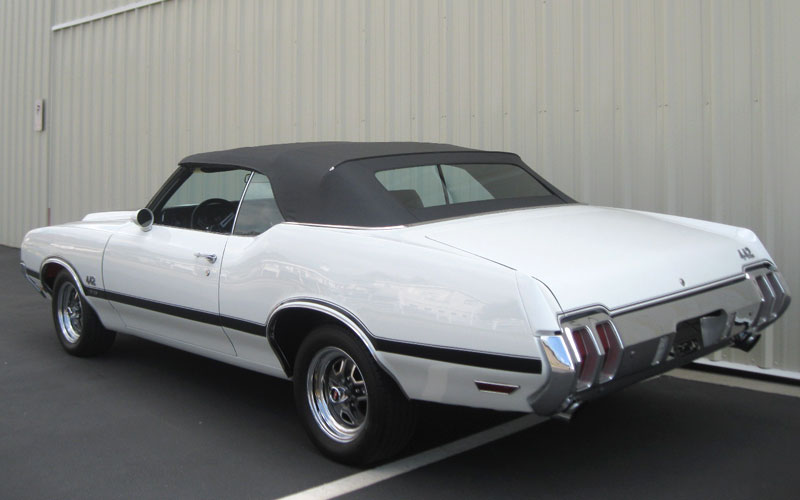