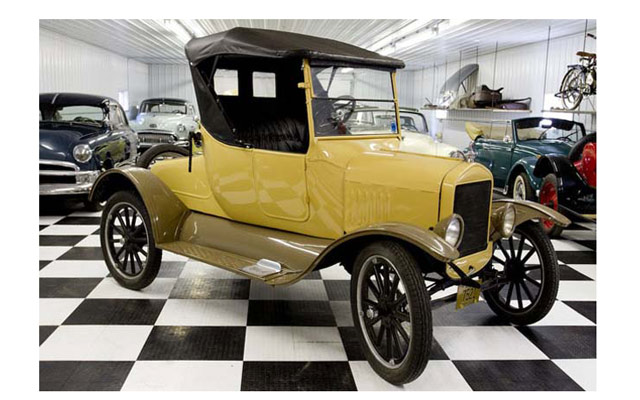 The “Deal of the Day” on the internet for Sunday this week is an historic find that goes beyond being just a good deal. This should be considered an investment and a great find for any car collector. When this 1923 Ford Model T Roadster was announced, Cars-On-Line.com made it their Deal of the Day pick. It could be the Deal of the Year.

A Minnesota collector is thinning his herd. He is offering this 1923 Ford Model T Roadster for sale this week. (Find the ad here on the Cars-On-Line website.) You won’t believe the price! With excellent paint and body, the all-steel roadster is an aspiring example of the early American sports car. The seller says this one is just begging to be driven in a parade. He says it has a rebuilt engine, new interior and new top. It looks really sharp in the photos. We haven’t seen on this nicely detailed in a long time. You could own a sweet piece of automotive history here. It will be our Deal of the Day on Sunday just in time for a Sunday drive. The asking price is only $16,500.