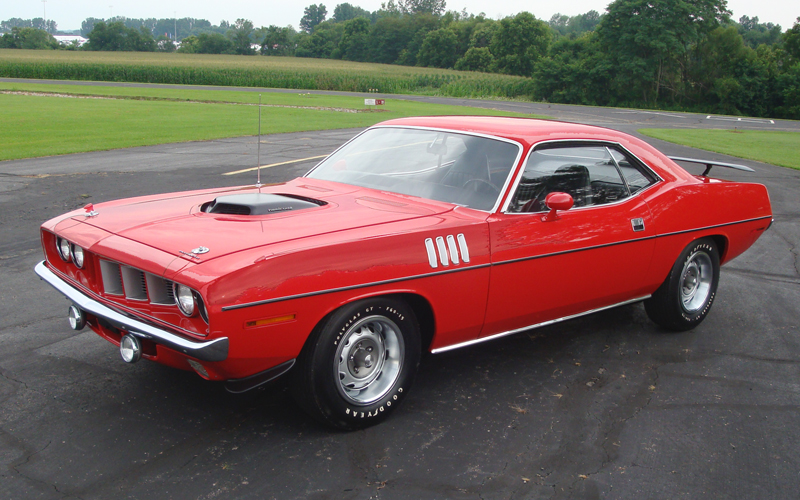 A real OE Gold 1971 Plymouth Hemi Cuda is a rare find. But to have one that has been OE certified twice is unheard of. Yet that is what happened when this incredible Hemi Cuda was restored. It won OE Gold Ceritification at the Mopars On The Strip show in Las Vegas, and then went on to win OE Gold at the Mopar Nationals that same year.  According to the owner, this has never been done before.

It is rare to find an OE Gold 1971 Plymouth Hemi Cuda on the resale market. Yet  a Rhode Island collector put his Hemi Cuda up for sale in the Cars-On-Line Mopar Muscle Car Section this week. (Follow this link to see the photos and a copy of the Broadcast Sheet, as well as close-up shots of the fender tags.) As this car went on the rotisserie for a complete and expensive OE restoration, the results were spectacular.

This car was sold new in Southern California where it remained until recent years when it was discovered and restored. Due to its life in dry Southern California, the body was in amazing condition with no rust history at all. It still retains all of its original unit body sheet metal, quarter panels, and more.

It was then treated to a complete rotisserie OE restoration. Keep in mind that the term “OE Restoration” gets tossed around a lot these days, yet a scant few cars ever actually achieve this incredibly high level of detail. OE, or “original equipment” cars have all parts that were present when it came off the assembly line at the plant, or have all original equipment parts used from that year, or may be replaced with NOS (new old stock) parts which were OE at the time. This was a “money is no object” restoration, thousands of insanely expensive production line correct NOS and original parts were used in the process. The results were judged by experts.

After the restoration was completed, this Hemi Cuda debuted at the Mopars At The Strip show in Las Vegas, Nevada where it took home top OE Gold honors under the scrutiny of ICCA OE Gold judging headed by David Wise. It was then taken to the Mopar Nationals where it once again scored OE Gold (by an entirely different judging body). This is the first and only 1971 Hemi ‘Cuda to ever achieve two OE Gold awards, Mopars highest level of judging anywhere in the world.

The car is currently stored in Rhode Island where it is being maintained and cared for in climate-controlled storage by one of the top restoration companies in the country, Mike Mancini’s American Musclecar Restorations.

“All of this car’s numbers match!” says the owner. The following details are all 100% guaranteed to be unaltered factory original stampings and documentation. All ‘Cuda bodies received the VIN sequence stampings in two places, the cowl, and the radiator core support. This car has them and both match the car’s VIN tag sequence. The VIN sequence stamping was also stamped into the engine block and the transmission, the stampings on both are the factory originals and match the cars VIN tag sequence. The fender tags are the factory originals and in beautiful condition. The dash VIN tag is the original and has never been removed from the original dash pad (the perfect un-cracked dash pad is also the original). The driver’s door jamb caries the proper matching VIN decal. There are also two 100% intact factory broadcast sheets that are in beautiful condition. 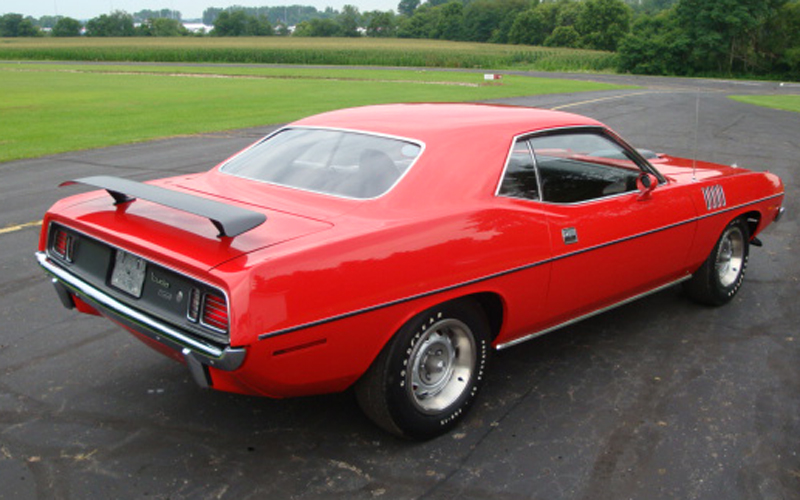 There were 108 Hemi Cuda hardtops produced by Plymouth in 1971. This E74 R code 426 ci Hemi V8 was factory rated at 425 horsepower. About 49 of them came with automatic transmissions, while 59 came with 4-speeds. This car had the D32 code A727 three-speed automatic transmission. It came with B51 power brakes, C16 console with the woodgrain finish, C55 bucket seats, G36 painted racing mirrors, J81 rear spoiler wing and the all-important N96 carb fresh air package or better known as the Shaker.

The Hemi version of the Cuda required upgraded Hemi suspension and chassis adjustments that helped put the power to the pavement.  All of this helped the Hemi Cuda achieve 0-60 miles per hour in 5.8 seconds, a quarter-mile in 14 seconds with a top speed of 155 mph.

Because of the low build numbers for 1971, Hemi Cudas of that year are some of the most sought after. It was the last year that the 426 Hemi engine was offered in the Cuda. Most Mopar lovers will admit that the 1971 E-body Cuda is the best looking muscle car ever built. The six angry grille nostrils and the gilled front fenders seem to give it that extra pinache that no other muscle car can boast. It is the epitome of what is meant by the term “muscle car.”

Also in 1971, this Cuda had dual circular headlights on each side, six simulated shark-gill fender vents and a matte finish shaker hood scoop. The Cuda just looked aggressive even while it was standing still. 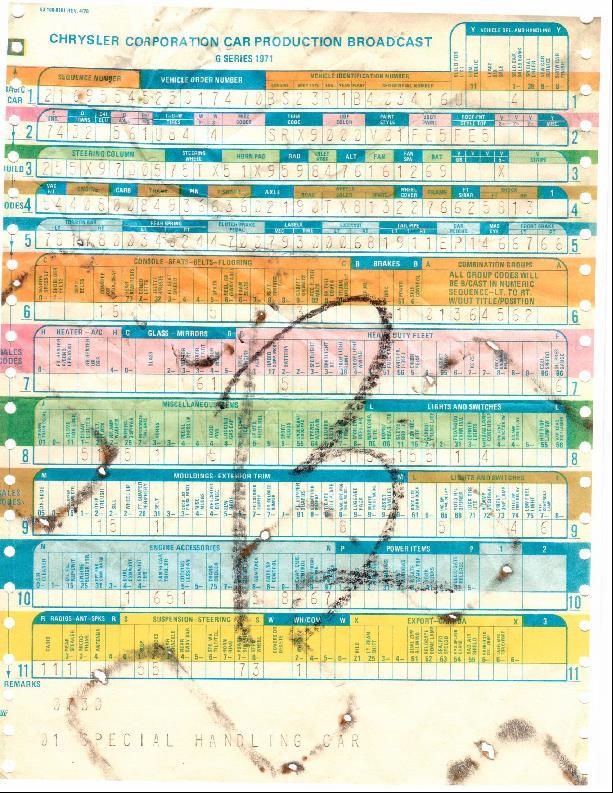