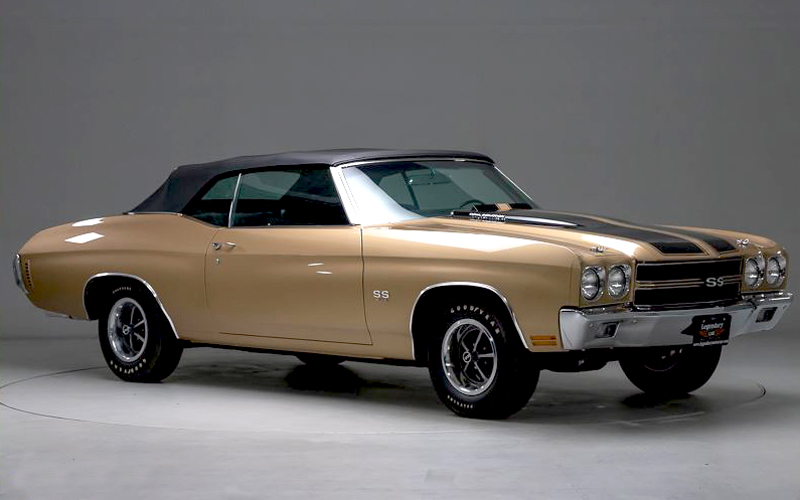 A rare LS6 Chevelle convertible has been listed for sale this week. These big block 454/450 horsepower monster droptops are rarely seen. Although GM never kept records of how many Chevelle LS6 cars were produced, over the years there have been many rumors.

One story you would hear repeated often was that there were only 17 LS6 Chevelle convertible cars produced. But in recent years that rumor has been debunked by experts who have come up with better information. There are about 26 of them known to exist today. Many believe that there were originally only about 100 or so built.

This factory Desert Sand metallic 1970 Chevelle SS LS6 454/450 Convertible is being offered for sale by Legendary Motorcar Company. They tell us it is backed by bullet proof GM of Canada documentation. It has the factory M22 Muncie Rock Crusher 4-speed manual transmission. The Desert Sand finish is complemented by black SS stripes and a black vinyl interior. Because it comes with a build sheet and GM of Canada documentation, we know the exact options it came with.  For instance, it came with G80 Posi rear axle, 3.31 ratio gears, power disc brakes, power steering, power top, cowl induction hood, AM radio, tinted glass and, of course, the F41 suspension to keep this factory built LS6 on the road.

Legendary Motorcar Company says the Chevelle has been nut and bolt, frame off restored to better than new condition. Its factory Desert Sand Metallic paint has been wet sanded and polished to a show quality finish. The undercarriage and engine bay have been detailed to OEM specifications with correct chalk markings and tags.  Do they call it a “trailer queen?” Just look at the photos at this link. The undercarriage is certainly show quality.

Often, top quality muscle cars like this one are not available for the public to see or buy. They get traded between big collections where they never see the light of day. 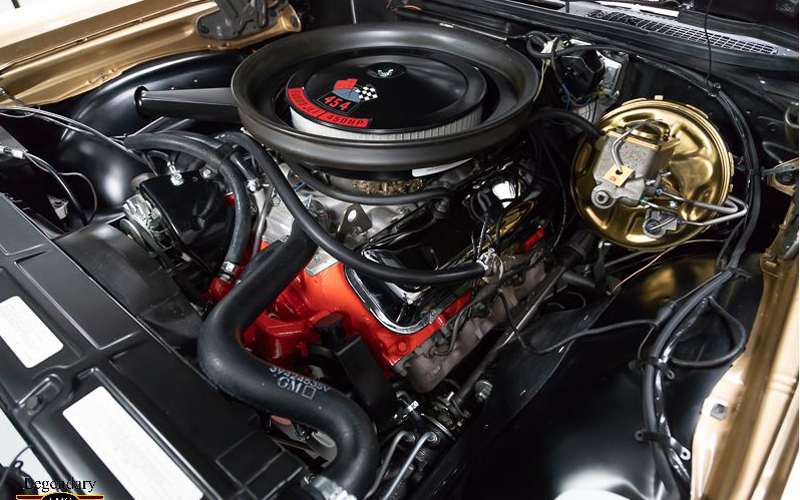 The incredible rumble created by the 454/450 hp engine is unmistakable. The resonance of the dual exhaust reminds you of the days when the muscle car wars were played out on drag strips all over the U.S. and Canada.

According to a post by “BlueSS454” on the  Chevelles.com forum, “4,475 1970 LS6 cars were produced. That figure includes convertibles and El Caminos. No solid numbers on the LS6 454/450 cars have been recorded. GM did not keep records on what options went into a particular body style, be it the LS6 or any other option. Most LS6 equppied cars will have post December build dates as the LS6 RPO was announced on January 1st, 1970 to replace RPO L78, the 396/375 horsepower big block motor. There are a few pre-January LS6 cars around, but not many.”

We have been told that an LS6 Chevelle convertible of this quality only surfaces every five years or so. So, this opportunity to find one on the open market is amazing.

Click here to review some of the other LS6 Chevelle convertible cars for sale in recent years. 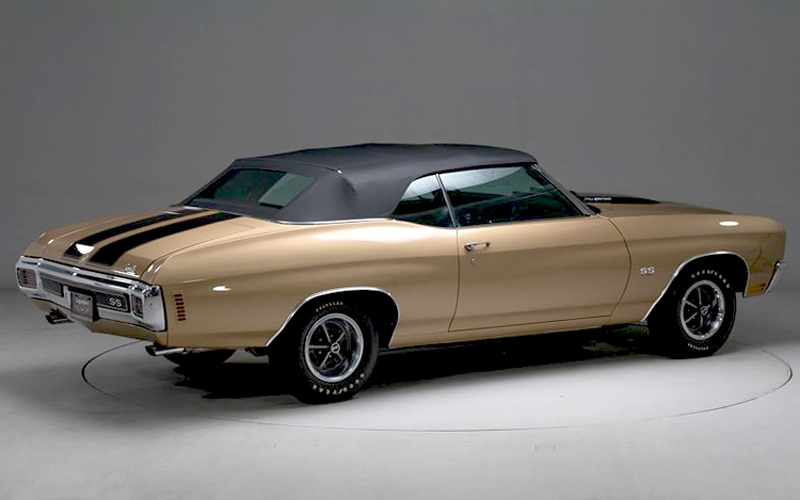