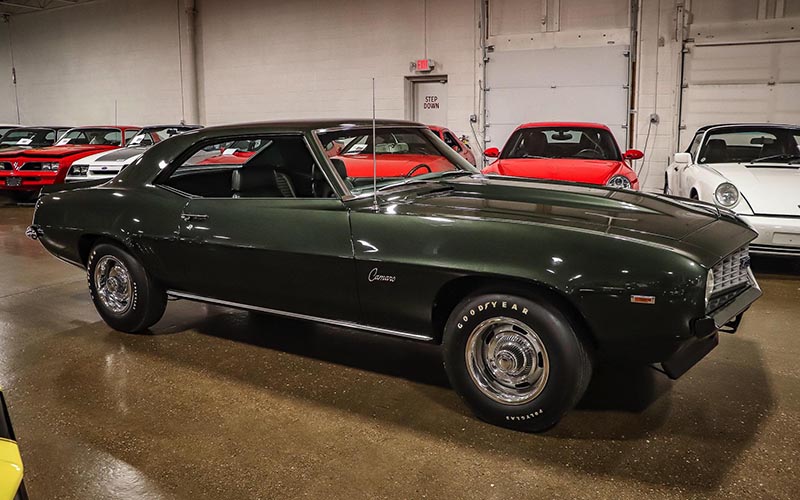 Even in the world of high dollar muscle cars, collectors have to be aware of what makes up a collector car’s value. We break it down into three things … popularity, authenticity and documentation. Classic first generation Camaros are among the top ten of most popular collector cars on the planet. The 1969 Camaro is at the top of that food chain. The most rare among the ’69 Camaros is the COPO 9561 Camaro 427 which could only be ordered with a Fleet Purchase order, a little known fact that select Chevrolet dealers around the U.S. took advantage of.

When it comes to documentation, a few, such as this 1969 COPO 9561 Camaro 427 shown here, came with bullet proof documentation from GM of Canada. Unlike what happened here in the U.S., GM of Canada kept accurate records of Chevrolet products sold there. For collectors, cars with GM of Canada documentation are considered the gold standard. This Fathom Green Code 9561 COPO 427 Camaro was just listed for sale in the Cars-On-Line Camaro Section. (See sales info and photos here.)  The private party seller is, of course, from Canada. He says the car has been fully restored “to its former glory and finished in the factory correct combination of Fathom Green over Dark Green interior.”

Because of its GM of Canada documentation, we know it was delivered to Chevrolet Yonge Holdings, LTD. of Toronto, Ontario, Canada for a Canadian buyer. As a rule, COPO 427 Camaros were purchased by fleet order by Chevrolet dealers,  but this one was special ordered by a private party buyer through the Chevrolet dealer in Toronto. It was shipped there from the Norwood, Ohio plant on June 25, 1969. GM of Canada documents that it came with an L72 427/425 motor, an M-22 Rock Crusher 4-speed transmission and the 4:10 Positraction rear end. It was also ordered with the COPO 9561 package which included the L72 engine, positraction, 4-speed manual transmission, Heavy Duty springs, aluminum intake and bellhousing, a Harrison 4-core radiator and the ZL-2 ducted hood.

The seller says it still retains its matching numbers drivetrain. Look at the photos in the ad. They tell the story of this car. the restoration is so well done that it has achieved CCI Platinum Certification scoring 997 out of 1,000 points in their judging. The undercarriage photos tell volumes about this car. It has power brakes with front disc brakes, front and rear spoilers, bucket seats and a console with gauges. The Rosewood steering wheel is a touch of class. It comes with its Rally wheels and an Endura bumper. 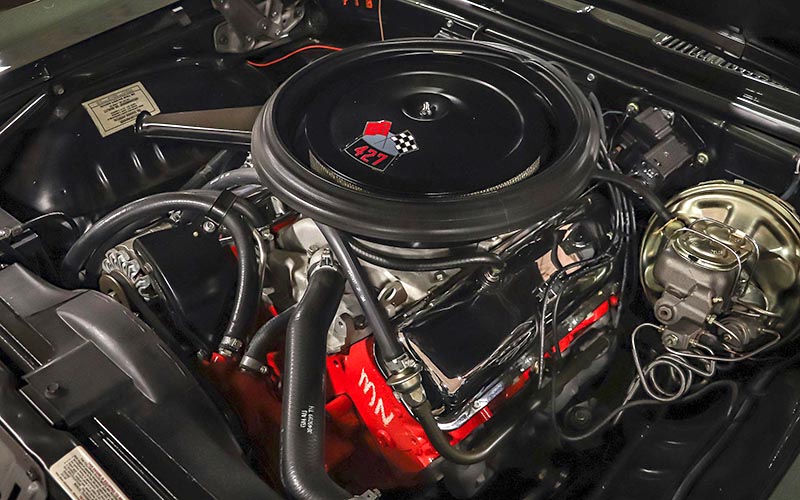 When this 1969 COPO 9561 Camaro 427 was born it was never advertised to the general public, nor was it well known among Camaro enthusiasts of the day. In fact, the big block monster muscle car was never even imagined by Chevrolet. It was, indeed, the brain child of a performance minded Chevrolet Product Promotions manager named Vince Piggins. He propsed the scheme to use GM’s Fleet Purchasing system, the Central Office Production Order (COPO) system, to have the factory build 427 big block muscle cars. Today, these COPO Camaros are heavy sought after by muscle car collectors.

General Motors had a corporate policy against installing engines over 400 ci in anything but full-size cars and Corvettes. That frustrated many at Chevrolet, including Pete Estes, Chevrolet’s vice president, who understood the need for fast cars to feed the hunger for performance as the Baby Boom generation was just coming of age. Piggins found a way to circumvent the engine ban for certain buyers by using the Central Office Production Order, or COPO program. Normally reserved for fleet orders, Piggins used COPO order code 9561 to get Camaros built on the factory assembly line equipped with the L72 427/425 horsepower special high-performance big block motor.

You can’t imagine how that changed things for drag racers. With the L72 427 Turbo Jet 425 horsepower big block in a little Camaro, you could put the Muncie 4-speed in any gear and smoke ’em via a 12-bolt GM rear end. And that was all from the factory. It saved so much build time for hot rod shops that they were taking orders on them and putting them in the hands of racers with ease.

Only about 1,015 COPO Camaros like this one were thought to have been built. This particular 1969 COPO Camaro L72 427/425 is the epitome of what muscle car collectors look for in a top level collector car. It has all the credentials of a serious high dollar muscle car find.

This week you will find this incredible Fathom Green COPO 9561 Camaro 427 in the Camaro Section of the Cars-On-Line website.