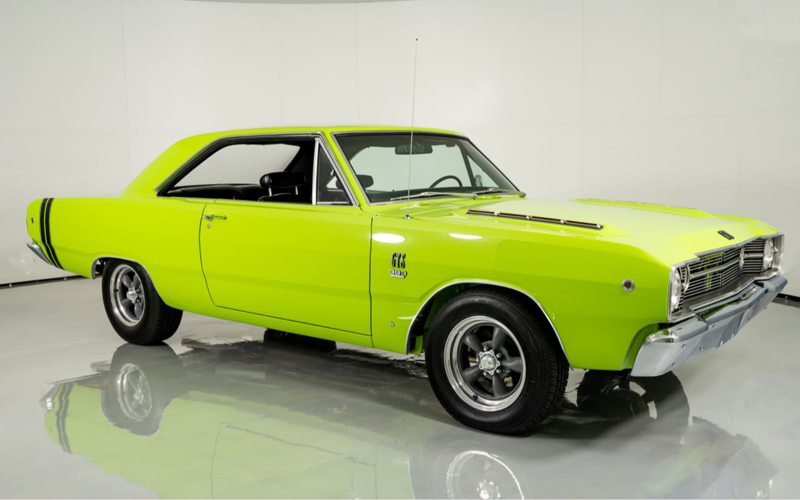 One of the best stories in automotive history is how the Dodge Dart GTS 383 came into being. The story has often been retold by Mr. Norm, Norm Kraus, the owner of the legendary Grand-Spaulding Dodge in Chicago. This could only have happened in the muscle car era, and the Dodge Dart GTS would never had come about if it hadn’t been for Mr. Norm’s determination to show Chrysler how to build a performance car.

Norm Kraus and his brother Len grew up fast in the performance car market. Flipping cars out of their father’s gas station in Chicago, they soon found out that 4-speed cars and performance sports cars were in high demand as the post-World War II generation was coming of age. They were just teenagers themelves at the time. Paying for classified ads by the word back in those days, they would shorten their ads with the phrase, “call Mr. Norm.” That name stuck.

They became well known throughtout the Chicagoland area. In fact, they were so well regarded as used car salesmen that Dodge offered them a new car dealership. They set up at the corner of Grand and Spaulding in Chicago in 1962 with no showroom and only a small office. Norm Kraus was only 28 years old, so he was the youngest Dodge dealer in the country. And they were all about performance. One day a customer asked Norm to give him some parts and in exchange he would put his name on his car. Norm asked him where he was going to display the sign. He said he was racing at the eighth-mile track at the amphi-theater where they were grudge racing. Norm was all in. Soon he had his own race team and the name Mr. Norm was heard constantly like a drum beat on local radio all across the Midwest as he went from dragstrip to dragstrip.

Kraus also had a keen instinct for knowing how to get maximum performance out of a Mopar. What they learned at the dragstrip they passed on to their performance oriented clientele. They were the first Dodge dealership in the country to install a dynamometer in their repair shop. They could take a 180 horsepower 383 ci V8 and tune it up to 325 horsepower. “I didn’t think that Mopar did enough for our performance customers,” he would say in an interview. 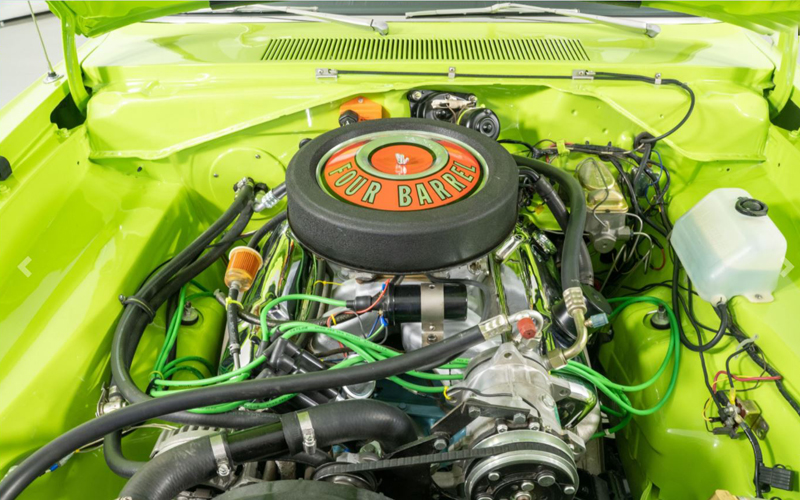 By 1966, Mr. Norms was the biggest high volume Dodge dealership in the country. Naturally he had the ear of some important movers and shakers in Detroit.

Dodge told Kraus that you could not put a big block 383 ci Mopar engine in the little Dart economy class car. So Mr. Norm went back to his service department and had his mechanic put a 383 motor in a brand new 1967 Dodge Dart. Then he and his mechanic drove to Highland Park, Michigan and showed the car to the head of Dodge. “We were at Hamtramck there,” said Norm. “He picked up the phone and he said, ‘I want you engineers to come down here.’ And when they came down, and he said ‘I want you to look at this car. These are the kids from Chicago.’ ” Within months Chrysler had engineered a Dodge Dart GTS and a Plymouth Barracuda with their big block 383 ci V8 engine. The rest is history.

Here is a biographical video with some interview excerpts with Mr. Norm himself.

The next year, Mr Norm did the same thing with a 440 ci V8 in a Dart and then a Hemi engine. The way things evolved, Mr. Norm nudged Chrysler into becoming a performance leader rivaling the larger Ford and GM manufacturers.

The 1968 Dodge Dart GTS 383 which you see here in the photos is a rare reminder of that era. It is being offered for sale at Fast Lane Classic Cars in St Charles, Missouri. They say this car has a numbers matching 383 ci big block motor and a numbers matching Torqueflite automatic transmission with a console shifter. The interior is stock original. (Click here to view dozens of detailed photos.) 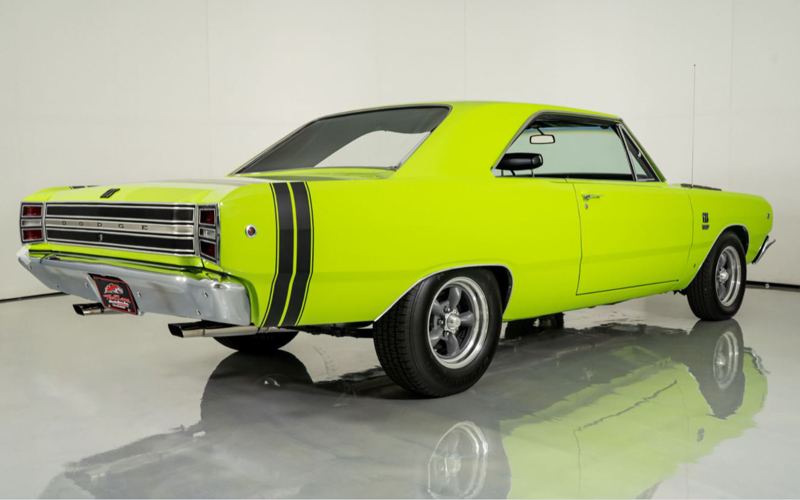 The contributions of Mr. Norm and his Grand-Spauding Dodge dealership are already legendary. Norm Kraus passed away in February 2021 at the age of 87. He had spent a lifetime in promoting drag racing and performance cars. Without him there would never have been a GTS, nor a Hemi Dart nor a Super Sport lightweight Barracuda. His energy and instincts will be sorely missed.

Today, collector car values on Mopar muscle cars that were sold through Grand-Spaulding Dodge are through the roof and are expected to go even higher. They are known among Mopar collectors as “Mr. Norm cars.” Here is a link to several stories we have done in the past on Mr. Norm cars.