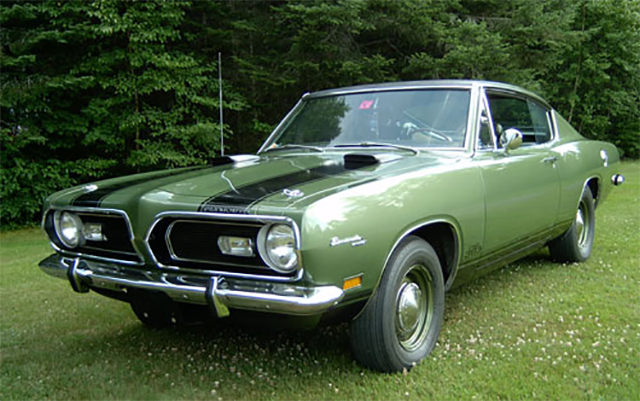 Chrysler had the A-body Plymouth Barracuda in production before Ford had the Mustang. So, in reality, the Barracuda was the first actual Pony car in the American car market. But Chryslers were always underpowered compared to the big block Mustangs and Camaros. So the 1969 Plymouth Cuda A57 HiPo 383 came into existence just in time to make a difference in Mopar history. It was the first year they officially called it a ‘Cuda at the factory, but the last year for the A-Body.

This week a very rare 1969 Plymouth Cuda A57 383 was listed for sale by a private seller in Errol, New Hampshire. (You can find the ad information here at this link.) Since he was actually one of the mechanics that originally worked on this car he knows that it is 100 percent original. To top it off, the Cuda comes with a known history.

There were three engine choices if you chose the “Cuda Performance Package” in 1969, the 340 ci V8, 383 ci or 440 ci. The ‘Cuda 383 Package was coded A57 (as noted on the fender tag), and included the high-performance drivetrain, heavy-duty suspension and wheels, E70-14 Red Streak tires and dual-exhaust, plus black-out trim and sport tape stripes with 383 callouts and a pair of non-functional hood scoops.

In order to understand how rare this particular A57  Cuda 383 actually is, we have to first tell you about its history. According to the ad copy written by the current owner, this car was ordered new by a man named Bob Carbonneau. It was ordered at Foss Motors Chrysler Plymouth in Exeter, New Hampshire by Bob’s uncle, a saleman named Harry Marcott. It is said that Bob drove this car for two to three summers, then put it in storage with 25,000 miles on the odometer.

In storage it stayed until the current owner bought it in 2000. Without altering the car, they took it to the Chrysler at Carlisle survivor show. At that show they met a Chrysler employee whose father had worked at Chrysler during the time this car was built. He told them their A57 was rare because it has a vinyl roof. How rare? He told them it was the only one produced. Furthermore, he told them their A57 383 car was one of the few remaining in completely original condition. “We have every piece of paperwork that came with the Cuda when it left the dealership,” the current owner tells us,  “including the temporary registration and last inspection sticker, window sticker, build sheet, etc.”

The 383 could be ordered with the TorqueFlite three-speed automatic or the A833 4-speed manual transmission. Plymouth reportedly built 718 Barracudas with the 383 ci V8 for the Formula S model, and 462 units produced for the Cuda 383 series. Yet there were only 130 Plymouth Cudas produced with the A57 code on their fender tags. According to the source, this could be the only one with a vinyl roof. 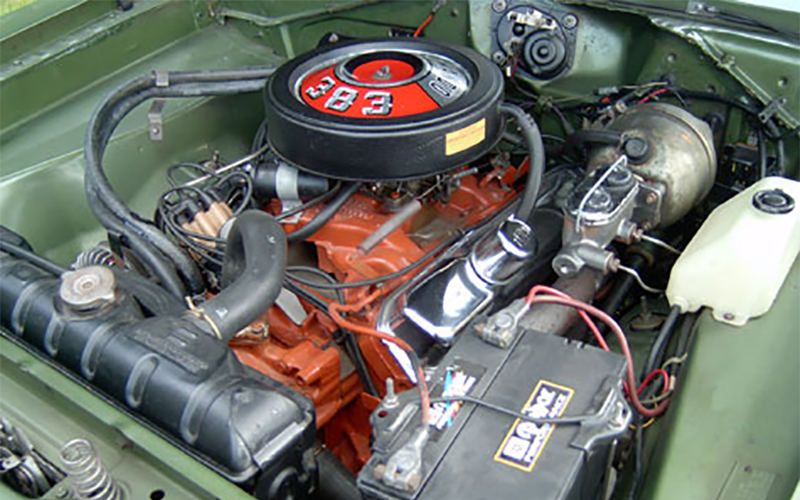 What might not be immediately apparent is the suspension setup on these cars. Unlike the 340 Cudas, an A57 would come with what was called the “Torsion-Aire suspension.” That included goodies that you would not get on other big block Mopars. It included heavy-duty rear leaf springs, heavy-duty torsion bars and a one-inch diameter solid anti-roll bar up front. The big block Cuda came with a pair of 11-inch rotors in front as the disc brake option was standard from the factory. Four-pistons calipers were power assisted.

1969 was the last year for the A-body based Barracuda, as the E-Body Barracudas would emerge in 1970. Yet this 1969 Plymouth Cuda A57 is relatively affordable compared to its later E-Body cousins. Check the ad copy for the updated price on this one.