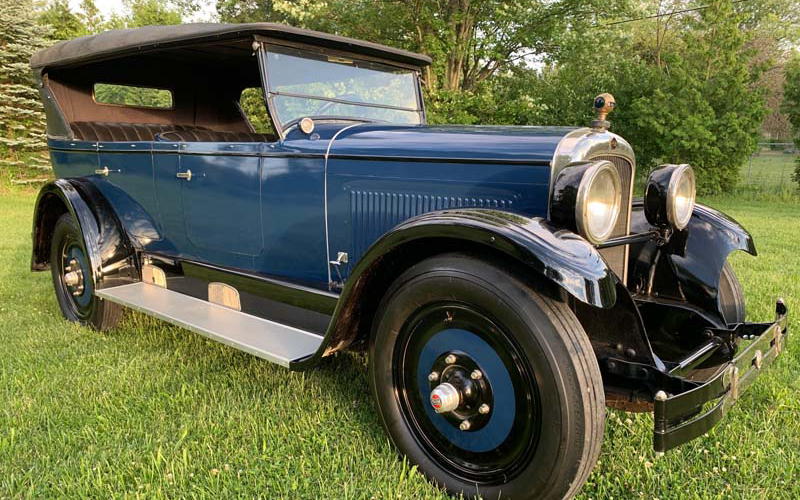 Nash Motors may be remembered more for producing reliable and sensible economy cars than as being a forerunner in automotive technology. Yet, in its early years, Nash Motors produced cars such as this ground breaking 1925 Nash Advanced Six Touring car with the amazing overhead valve 6 cyinder engine. In many ways it was one of the best motors available, developing a good reputation for the Nash Advanced Six automobile.

The 1925 Nash Advanced Six Touring car shown here was considered a 5-passenger model with a 121-inch wheelbase. It had semi-eliptical leaf springs front and back. It is being offered for sale through a broker representing his Michigan client. They say it has been refurbished and drives very nicely. It exhibits a dry Western body. (See dozens of detailed photos in the ad.)

The engine has been rebuilt, and the transmission shifts well. The Interior seating surfaces and dash all show nicely. Doors open and close properly. The underbody is clean and well-sorted. In nice condition, the wheels and tires show well, no dry cracking seen. The carburetor was recently pulled and serviced, along with the fuel system and ignition parts. Photos were taken of this June 2021 work. “It is ready for local Sunday cruises and parades,” the broker tells us.
Features on this car include the disc wheels which were very trendy for the era. The single tail lamp was an extra cost back then.

Since the asking price is relatively inexpensive, this is one of the better deals for a pre-war motorcar on the market today. They are only asking $23,900.

The Advanced Six motor was acclaimed at the time for its performance. The six cylinder engine has a bore and stroke of 88 mm x 127 mm respectively, giving a cubic capacity of 4,600 cc. That did not produce a lot of horsepower but the overhead valve configuration did allow for a lot of compression. At 248.9 cubic-inch displacement it created 55 horsepower at 2,400 rpm. The crankshaft used seven main bearings givng it great balance, and you could run at today’s highway speeds without putting too much strain on this powerplant.

During the Great Depression years, starting in 1929, Nash cars began to be valued for their high quality, the look of luxury, and reliability all at an affordable price. According to the Nash Club of America, an Advanced Six Touring car in 1925 cost $1,525. The competition for the Nash Advanced Six model was Buick’s Master Six, Chrysler’s 72 series and Studebaker’s Commander Regal, all of which were higher priced.

From the very beginning, Charles Nash gave his engineers a blank check to design up to the minute technology into the Nash automobile. The OHV engine was a more efficient L-head motor but cost more to produce.

According to AmericanAutoHistory.com, Nash sales for 1925 totaled 96,121 units. It was not, however, in the top ten in production of all American automotive companies that year. However, in 1928 they did crack the top ten, selling 138,137 units.

Nash Motors produced cars at its main plant, the old Jeffrey Motorcar plant in Kenosha, Wisconsin. Charles Nash bought out Jeffrey in 1916. By 1918 he was producing cars under his own name. Nash would later buy Lafayette, a luxury car line out of Milwaukee, Wisconsin.

Nash Motors continued to innovate even after World War II. When Charles Nash retired from the chairmanship, George Mason took over and combined the company with Kelvinator, a  refrigeration company, to be called Nash-Kelvinator. Mason would go on to coordinate the merger of Nash-Kelvinator and Hudson Motor Car Company in 1954, the largest corporate merger up to that time in American history. That company would be called American Motors Corporation. 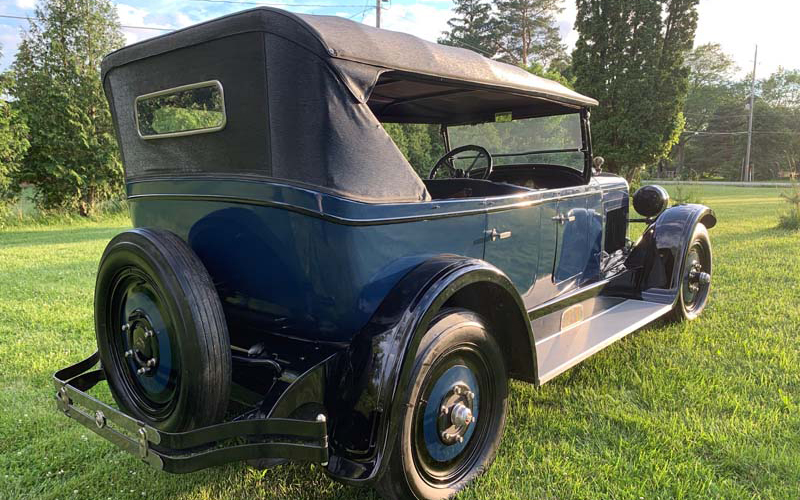