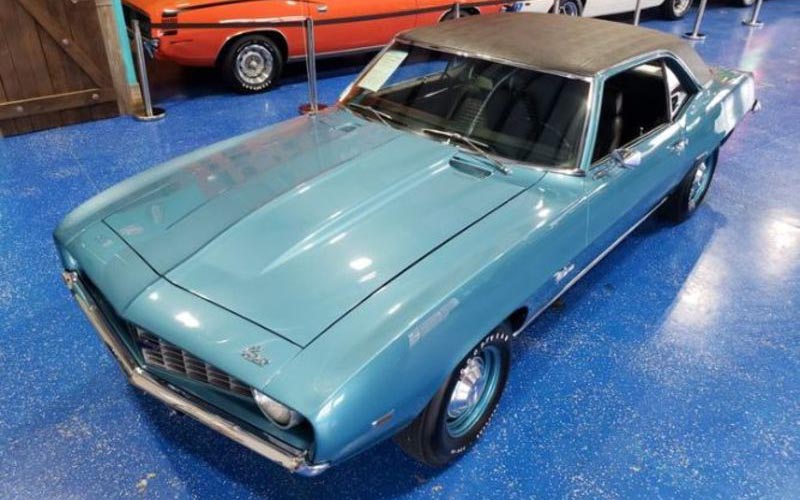 New car buyers in 1969 did not know about it. In fact, even Chevrolet did not know they were producing the COPO Camaro 427. A little known quirk in the ordering system allowed some car dealers to order COPO Camaros with 427 motors right from the factory.

When Chevrolet Product Promotions Manager Vince Piggins figured out a way to order a 427 ci L72 motor in a pint sized Camaro it is safe to say that Chevrolet never knew what was happening. His scheme to use GM’s Fleet Purchasing system, the Central Office Production Order system better known as COPO, skirted all the rules and produced some of the most exciting cars Chevrolet would ever produce.

Chevrolet and GM, wanting to position themselves as responsible conservators of the automobile industry, banned their monster big block 427 motors from being put into Pony cars. In fact, their edict was to limit cars to 10 horsepower per pound in gross vehicle weight. That put both the Camaro and the Chevelle at a disadvantage against the Ford 427 Mustangs and Mopar’s Hemi Cudas and Hemi Challengers. It was never the intention of Chevrolet to produce COPO Camaros with 427 motors.

But Piggins secretly showed some dealers how to order a Camaro with a 427 motor from the factory using the COPO 9561 code on a Central Office Production Order fleet ordering form. And as they say, the rest is history.

This week, an historic 1969 COPO Camaro 427 came up for sale in the Camaro Section of the Cars-On-Line website. (Follow this link to read the whole ad and find the contact information.) It was listed by Classic Car Deals, a broker who is selling the COPO Camaro for his client. It comes from a choice muscle car collection. It is believed to be the only X44 Camaro COPO painted Azure Turquoise with a black vinyl top. There was some talk about it being one of the last documented COPO Camaros built by Chevrolet in 1969. You will find it in the COPO Registry, and it comes with its authentication certificate signed by Jerry MacNeish from Camaro Hi-Performance.

He says it has an authentic L72 427, based on the date code. It also has the Winters aluminum intake, Holley 780 cfm 4-barrel carburetor, headers and dual exhaust. With bucket seats and a center console, this purpose built muscle car actually came with a lot of options. It has power steering, power brakes with front discs, F41 suspension and a special ducted hood for cowl induction. The exhaust manifold and smog system are present on the car.

It has undergone a cosmetic restoration dated about 2012. They say the older restoration still shows very well. You will find more photos in the ad.

Even though Chevrolet never meant to produce COPO Camaros with 427 motors, the fact that they did has made muscle car collectors happy today. A COPO Camaro for sale these days will get six figure numbers every time. 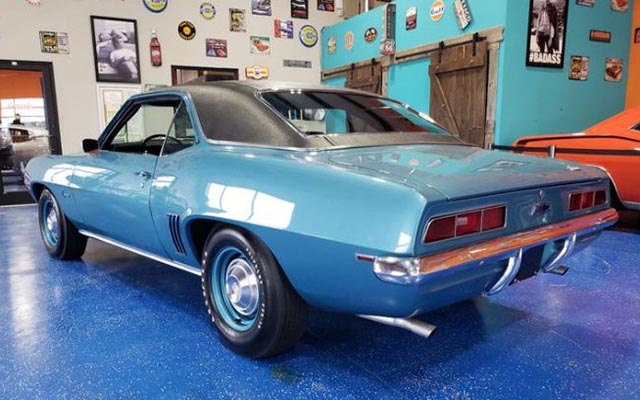