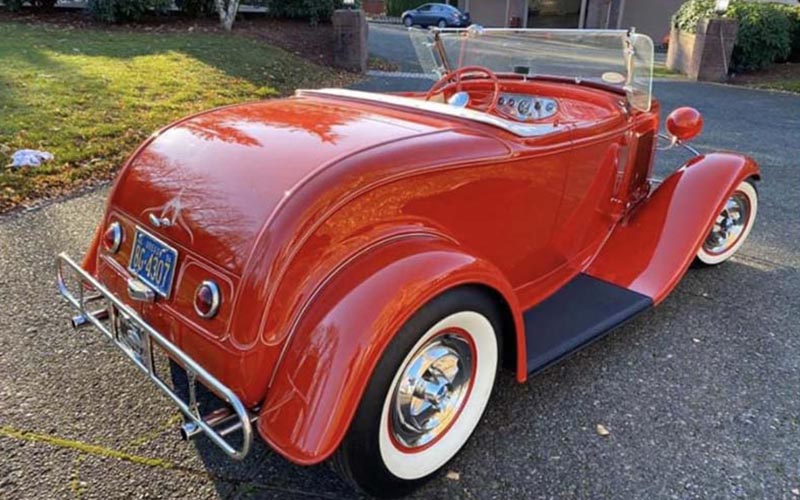 Some cars stand the test of time, and some cars seem to define their time. The latter happened when Bill Peterson and Dee Westcott built an historic 1932 Ford Roadster hot rod in 1955. The original 1950’s hot rod became synonymous with one of the top custom car shows in the country, the Portland Roadster Show. It is now referred to as “the historic Bill Peterson Roadster.”

Currently owned by a private collector in Deland, Florida, the historic 1932 Ford Roadster Hot Rod was put up for sale this week. (Follow this link to see the ad on Cars-On-Line.com.) Here is an opportunity to own one of the most-significant and most-beautiful 32″ Fords of all-time. Money can’t buy what this car represents about the American hot rod culture. Peterson and Westcott finished the Deuce Roadster just in time for the first ever Portland Roadster Show in 1956. They won that first Portland Roadster Show becoming the first Sweepstakes Winner in the show’s history. Then, a year later, it was featured in the September 1957 issue of Hot Rod Magazine.

Peterson traded the roadster in 1958 to Bob Tindle for an almost brand new 1958 Impala 2-Door Sport Coupe. Tindle then went on to win the Street Roadster class with the car at the Oakland Roadster Show in 1959. Hot Rod Magazine again featured the ’32 roadster on the cover of the September 1960 edition of the magazine with a complete centerfold story. The photos were shot by Eric Rickman, according to the website Kustomrama.com. The history of this car is detailed in full on the Kustomrama.com website with many reference links. It was also featured in Car Craft Magazine in 1958.

According to Hot Rod Magazine’s story, the ’32 was powered by a built ’47 Mercury flathead. They said it was “hopped up” with a Harman & Collins street grind cam, Silvolite pistons, and Edelbrock manifold and heads with a fully balanced ’52 Mercury crank. It uses a 1939 Ford transmission and 1940 Ford rear end. The interior was originally done by Chuck Blanchard in white Fabrolite with red piping.

Another Oregonian hot rodder purchased the car from the Tindles in 2005 and set out to restore it to its original glory. It was restored under the supervision of hot rod expert Dale Withers for the next five years. Every internal mechanical part throughout the driveline is fresh and new. Withers did the paint. The interior was redone during the restoration, but remains much like the original. After the restoration the owner never drove it again on the street.

The current owner cherishes the car for its historic value. You would be hard pressed to find another historic piece as this one in this kind of show qualilty condition. (Find dozens of detailed photos in the ad. Note the undercarriage and detail.)

As the years go by, the Portland Roadster Show stands as a symbolic home to the history of hot rodding, much like the Grand National Roadster Show in Pomona, California, or the Detroit Autorama. It is worthy of your bucket list. 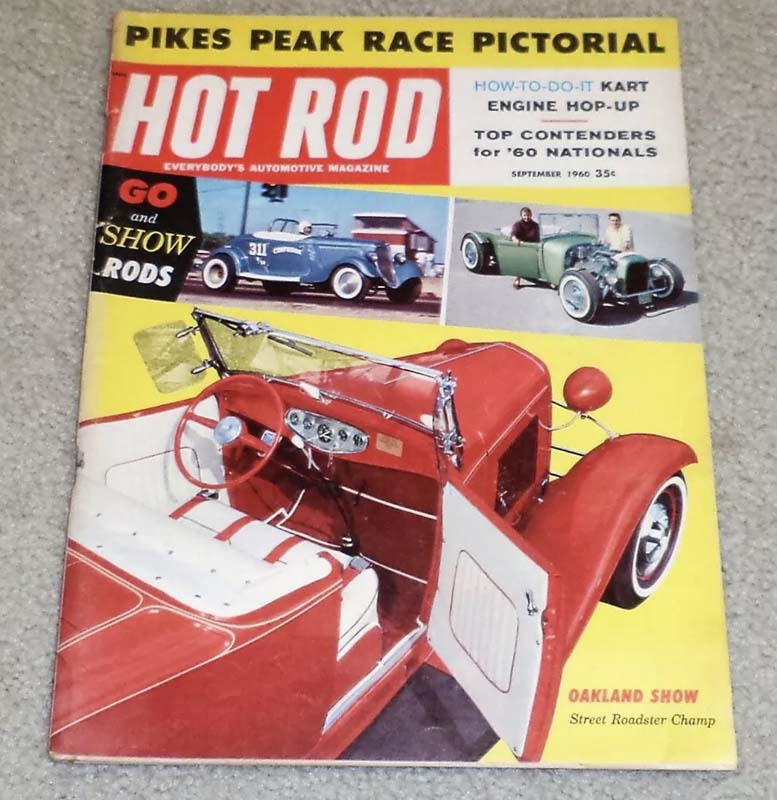