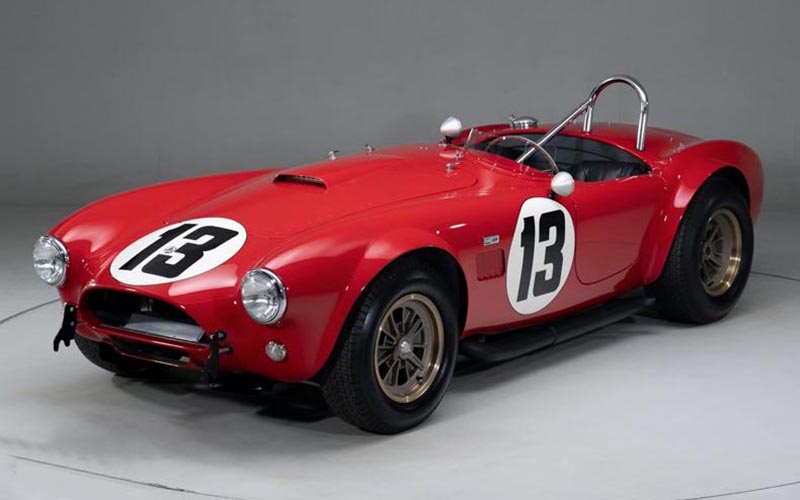 Historic race cars carry with them a provenance that no other collector car can have. This week an historic 1964 Shelby 289 Cobra was listed for sale. It was one of just 25 Cobras raced by the Shelby factory team. And, boy, does it come with a great story.

This 1964 Shelby 289 Cobra was a Ferrari killer, once beating the Ferrari 250 GTO’s and 275 GTB/C’s in Nassau at the Bahamas Speed Weeks. But its finest moments were under the care of “Gentleman Tom” Payne, a real unique character who made his reputation by winning a race wearing a suit and tie. As the story goes, Payne arrived at the track too late to qualify for the 1965 Mont Tremblant Pepsi Cola Trophy races in Canada. Having just come from the office, Team Shelby let Payne run his qualifying laps in his suit and tie from work. Starting at the back of the pack and still wearing his Glen plaid suit and necktie, he won the race that day in one of the finest driving performances of his career. After that he was always known as “Gentleman Tom.”

After a long history of SCCA and USRRC, the car was also raced at the 12 Hours of Sebring in 1966. By 1979, the famous car ended up in the collection of Shelby American Automobile Club mentor Ken Eber. And by 1984 it was in the collection of Rick Nagel who had it restored in its racing livery. They say that when Eber entered it in the Texas Vintage Challenge, he asked Carroll Shelby to drive it for him, although Shelby had been out of racing for decades as a driver at that point. Wouldn’t you know it. Shelby took first place.

All of this history is recounted in the very interesting ad which was just listed on the Cars-On-Line website this week. It is being offered for sale by Legendary Motorcar Company. (Follow this link to view dozens of detailed photos and read a full history on this amazing race car.) Cars-On-Line readers will know that Legendary Motorcar Company is one of the premier collector car emporiums worldwide. Their restoration shop has worked on some of the top collector cars on the planet. Owner Peter Klutt did an interesting video on this 1964 Shelby 289 Cobra. (Click the video window below to hear him tell the story, and introduce you to No. 13.)

The Team Shelby factory Cobra was built specially for Payne who had fallen in love with the way Shelby Cobra’s won races. He was an accomplished race car driver in his spare time with over 100 races under his belt when he first was introduced to a Cobra. Payne and his friend Dan Gerber thought so much of the Cobras that they started a dealership to sell them. He got Ford to sponsor him, and they had Shelby build the red No. 13 car specially the way he wanted it.

Once completed the car was billed to Ford Motorcar Company and delivered to Detroit in late July. Under the ownership and sponsorship of Ford, Payne campaigned the car through the 1964-1965 seasons with many races as a Shelby American Team entrant. The Cobra is one of only 20 known to have worn the Shelby American Team banner.

In the summer of 1985 Steven Volk, founder of the Shelby American Collection Museum purchased the car. Both Volk and his museum are reknown for owning the most sought after 289 Team Cobras on the planet as well as an original GT40 MKIV. Bill Murray, one of the highest regarded Cobra restorers, was selected to restore the car to concours condition. Volk displayed the car for nearly 25 years at his museum surrounded by the most significant collection of Cobras and GT40s that has been assembled.

This little Cobra represents an extemely rare opportunity for top level collectors to own an extraordinary piece of Shelby history.  The right collector will recognize its exciting originality and record of winning races in period. Legendary Motorcar Company tells us it comes with a large binder of documentation, magazine articles and over 100 period photos from 1964-1965. It has been photographed for several books and articles done on Shelby history.  It is rare to find a Shelby Cobra of this caliber being offered for sale to the public. And in a quick New York minute, it will be gone. 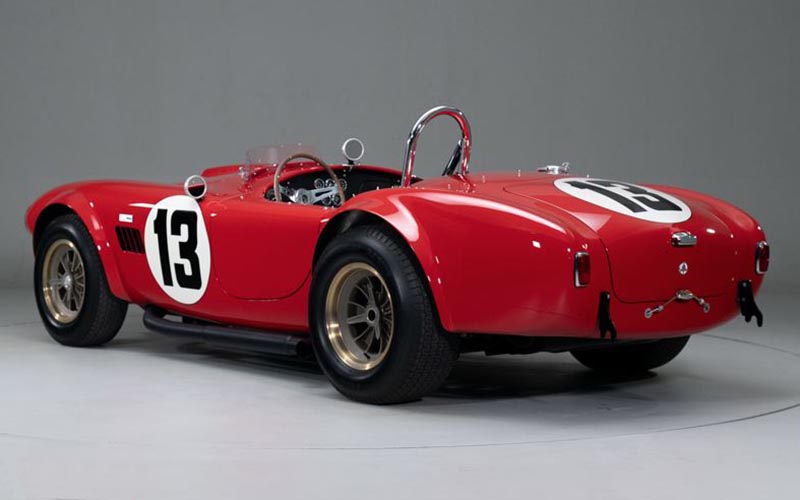