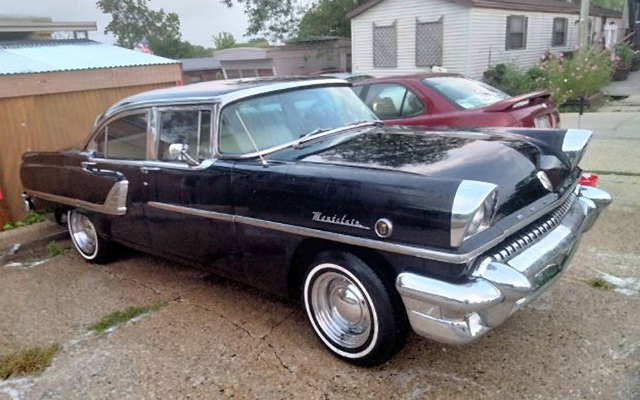 The 1955 Ford products all benefitted from the trend in the automotive industry that was described as the “Progressive movement,” where airplane styling and “space age” engineering became all the rage. This 1955 Mercury Montclair sedan was an artistic study in chrome and rocket age stying. It is being offered for sale by Haggle Me, an internet broker selling the vehicle for their client.

They say the 1955 Mercury Montclair was originally a Southern car with many modern upgrades. (Click here to view more photos and contact information on the ad page.) In fact, they say there are too many to list. They are offering a video upon request if you are interested. The four-door sedan has nice red over white two-tone upholstery with a period “aircraft” style dash. It will be the DEAL of the DAY for the Cars-On-Line.com website on Monday. The asking price is $16,900.

1955 Mercury Montclair, DEAL of the DAY