When you want top dollar for a real deal 1971 Hemi Cuda these days, you have to have bullet proof documentation. The numbers have to match, of course, but, more important, you have to have the broadcast sheet and the body and fender tags need to be present. This week a 1971 Plymouth Hemi Cuda was listed for sale, and it has its numbers matching 426 Hemi big block motor. It is one of the offerings from the noted Mopar Ponderosa out of Minnesota.

Greg Nelsen, owner of Mopar Ponderosa, listed the real deal 1971 Hemi Cuda this week. He is one of the well known Mopar resellers in the Midwest. (Find his ad and photos here.) It has been double checked by Dave Wise, the Mopar expert from MMC Detroit. He says this BS23 Cuda is a real E74 R Code. 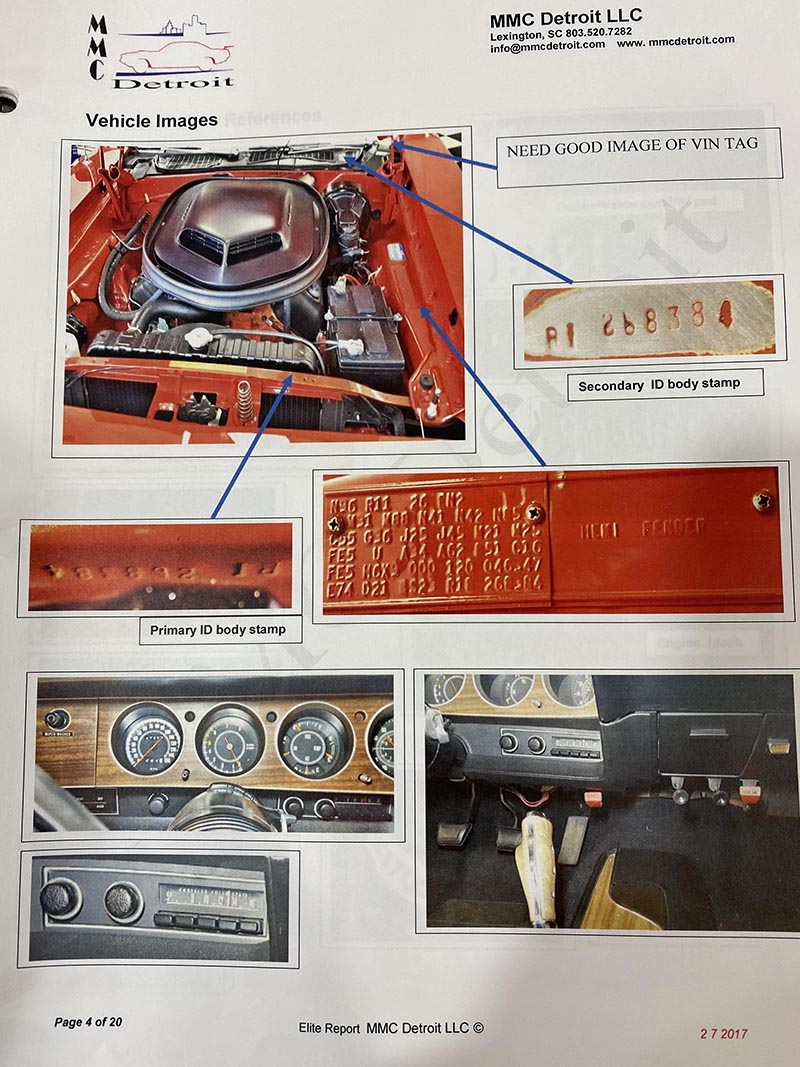 The body code plate is included in the ad photos. You can tell that this was an original FE5 Rally Red Plymouth Cuda from the factory. It is also a D21 4-speed, although Wise said the transmission is not the original one it was born with. Out of 108 Hemi Cuda hardtops produced in 1971, only 59 came with 4-speeds.  This one has a shaker hood. Wise said the shaker bubble is the original equipment.

Luckily, the full original broadcast sheet has survived and is in very readable condition. (See it in the ad photos.) It has the Pistol Grip shifter, original black interior and Rally gauges. Wise said he believed the black billboard was an add-on after the factory build.

This real deal 1971 Hemi Cuda came with hood pins, power disc brakes, a console with woodgrain dash and Rallye gauges. The seats are said to be factory original, and the underdash is in nice condition. From the under carriage photos it looks to be extra clean and show quality condition. Wise said the 15X7 wheels are the original wheels for this car with original style tires.

For Mopar collectors, the 1971 Plymouth Cuda was the best design of any muscle car ever made. The body was styled perfectly with the Cuda gills in the front valance and the gilled fenders fitting the sensual curves of the body lines. It is the quintessential muscle car. It only gets better when you have a 426 Hemi under the hood. 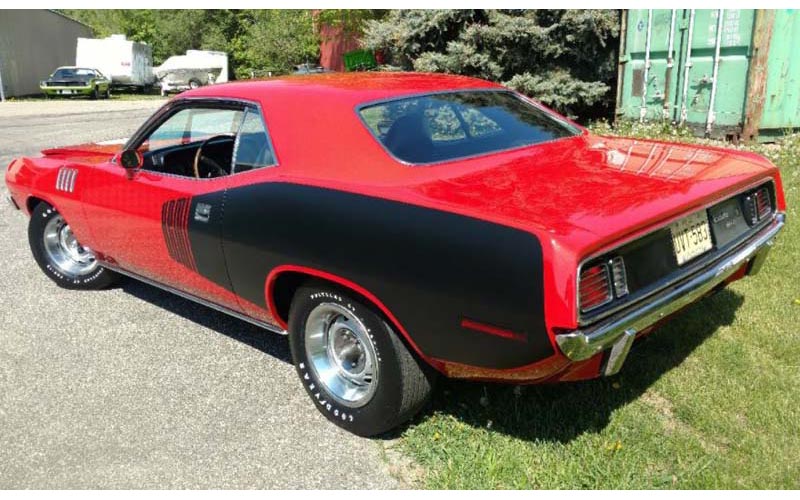