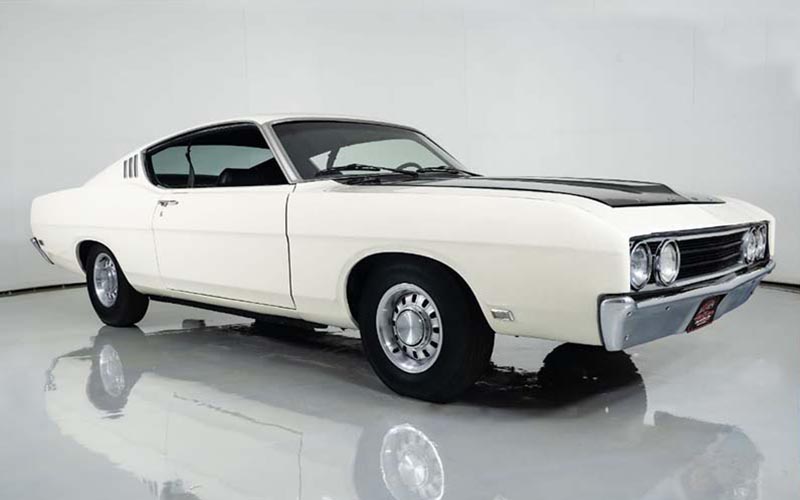 If I had a time machine I’d go back to 1969 just to attend every NASCAR race I could that year. It had to be the most amazing year in NASCAR history. Ford started things off by introducing the famously aerodynamic 1969 Ford Torino Talladega, the first  purpose built speedway car. It was named for the Talladega Super Speedway in Alabama which was opened that same year.

Ford Motor Company’s 1969 Ford Torino Talladega was the first aerodynamic factory production car to be homologated for NASCAR competition. Though Chrysler’s Dodge Daytona and Plymouth Superbird are now more famous and get more respect from muscle car collectors, it was the Talladega which took all the honors as the NASCAR champion in 1969.

The aerodynamic 1969 Ford Torino Talladega was so successful in NASCAR that it won 29 Grand National races during 1969 and 1970. David Pearson won the NASCAR driver’s championship in 1969 campaigning Talladegas, and Ford won the 1969 Manufacturer’s Championship. There were only 750 of these Torino Talladegas homologated for NASCAR that year. It remains one of the rarest cars to find from the muscle car era.

That is why we were so impressed when Fast Lane Classic Cars out of St Charles, Missouri listed a 1969 Ford Torino Talladega for sale this week. Maybe the headline of this story should be that this Talladega is being offered at less than $100,000. You can’t find a Dodge Daytona or a Plymouth Superbird for under $100,000 these days. An aspiring Ford collector would do well to look into this sale.

You can tell from the ad photos that this car has been restored. (Check out dozens of detailed photos at this link.)  The 1969 Ford Torino Talladega was essentially a Ford Fairlane Torino with a Cobra Sports Roof (fastback) and the 428 Cobra Jet engine. This one has a C6 automatic transmission and Select Shift Cruise-O-Matic. It also had to have the Competition Suspension. Fast Lane Classic Cars tells us it comes with optional power steering, power front disc brakes, color keyed racing mirrors, blackout hood and styled steel wheels. They indicate that the Marti Report, a partial build sheet and a window sticker come with the car as documentation.

Holman-Moody should be credited with designing the race characteristics of this purpose built race car. They literally almost hand crafted the 750 Talladegas that Ford built for homologation in NASCAR. Holman-Moody made the front section a little sleeker by flush mounting the grille and headlights. This was accomplished by extending the car’s length by almost six inches. They actually took a Torino rear bumper and narrowed and V cut in the center while the ends were filled making it look like an air dam. The rocker panels of the Talladega were also reshaped and rolled. This enabled the NASCAR teams to run an inch closer to the ground in competition reducing the center of gravity and increasing wind tunnel flow.

Although the NASCAR Talladegas all had either the 427 side-oiler or later the Boss 429 engines, all of the production cars for homologation were produced with 428 Cobra Jets. Competition black hoods and rear deck panels came on all production cars. The 428 Cobra Jet had the ability to create high torque at low RPMs.

The Talladega was capable of accelerating from 0 to 60 mph in 6.6 sec, and the quarter mile drag time is 14.8 seconds as recorded by ProfessCars. The actual dyno’d horsepower was 335 hp.

The 1969 Ford Torino Talladega was so successful in NASCAR that it won 29 Grand National races during 1969 and 1970. David Pearson won the NASCAR driver’s championship in 1969 campaigning Talladegas, and Ford won the 1969 Manufacturer’s Championship. Even Richard Petty left Plymouth to drive Fords that year.

You will find more unbelievably rare classic muscle cars at the Cars-On-Line.com website in their popular Muscle Car Section online. 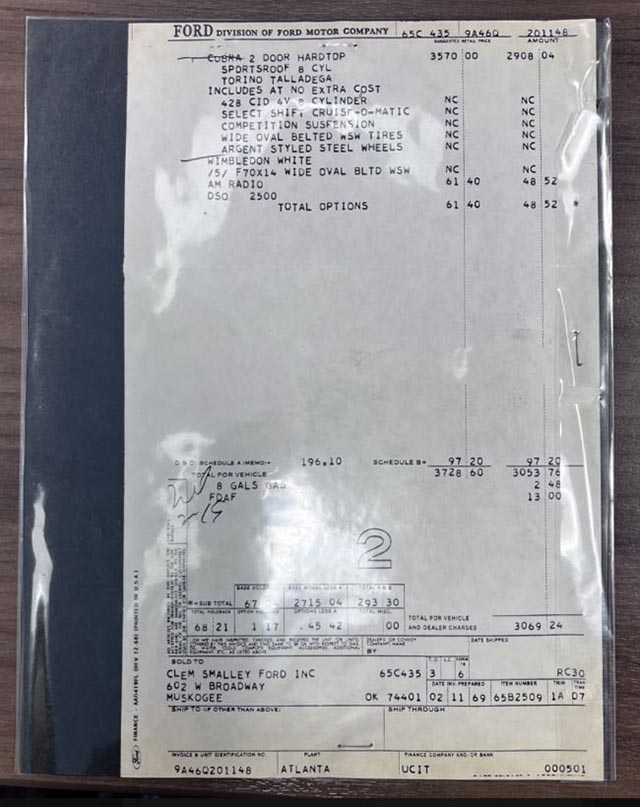