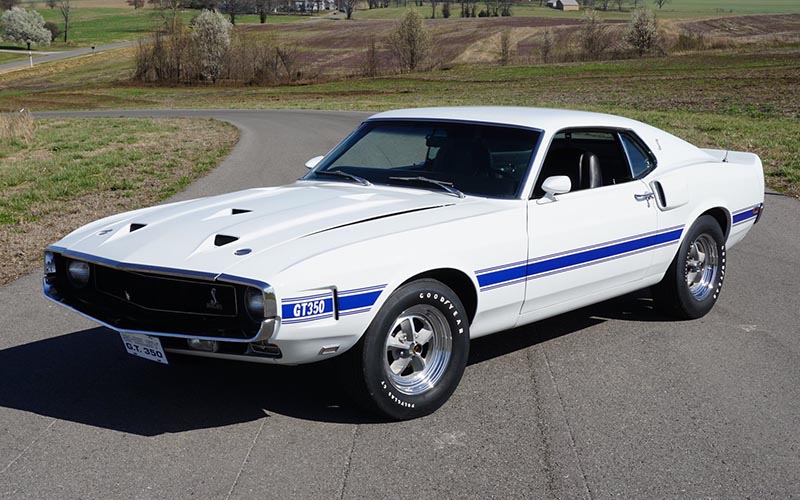 Car collectors dream of finding a one-off concept car. The value of such cars is inestimable. So when a unicorn 1969 Shelby GT350 was listed for sale this week we took note. Among the rarest of Shelby muscle cars, they say this Wimbeldon White GT350 represented a number of firsts in Ford history. It was a pilot mule for Ford’s early experiments with fuel injection. Not only was it one of the first fuel injected V8’s for Ford, but it also came along at a time when Ford was introducing the 351 Cleveland V8. This one has the 351C while all the other Shelby GT350’s had a Windsor motor. Ford ordered this one with a Cougar dash and interior, another experiment to make the Shelby more distinct from standard Mustangs. Collectors love unicorns, and this one has all the credentials to make it the centerpiece of an historic collection.

This week the unicorn 1969 Shelby GT350 muscle car has surfaced at 2S Motorcars in Cape Girardeau, Missouri. They noted some of the historical information on the car taken from the Shelby Registry. They also posted 25 high resolution photos so you can get a good idea of the condition. (Click here to review the photos.)

According to the Shelby Registry, the unicorn 1969 Shelby GT350 was shipped to Shelby Automotive Engineering in Brighton, MI in May of ’69. MSRP was $5,149. In was invoiced to Ford Motor Company. It is the only one which had a Mercury Cougar dash, again, an experiment to make the Shelby look more exclusive. It also had the Cougar interior, 351C prototype engine and 6K rpm tach which ran up to 120 mph. It had special engineering numbers. Ford had it shipped to Fred Goodell in March of 1970. He was the Chief Engineer for Shelby American. It was his job to make the Conelec fuel injection system work for these cars. There were three GT350’s that were part of the fuel injection pilot project. The other two cars were crushed. But Goodell kept this one for his personal use.

During the project, Goodell used an FMX transmission which was still under development itself. The transmission has the correct Shelby VIN, #2329. He also used different XE experimental cylinder heads with aluminum intake and exhaust manifolds. It was mix and match to find out what would work.

This Shelby has been on display at the All Ford Nationals. It was at the Shelby convention at the California Super Speedway in 2005, where Carroll Shelby acknowledged the car’s history and signed the award the car received there. This car is number 2329 in the Shelby Registry. 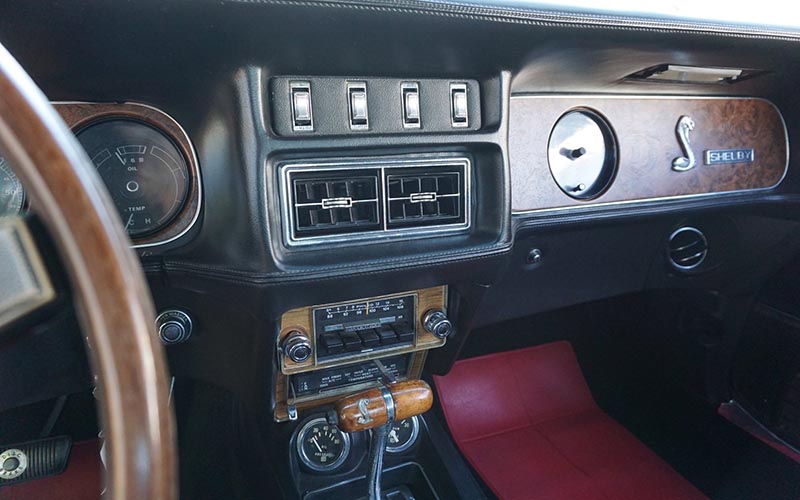 You will find more classic muscle cars like this at the Cars-On-Line website in the Shelby Section online.